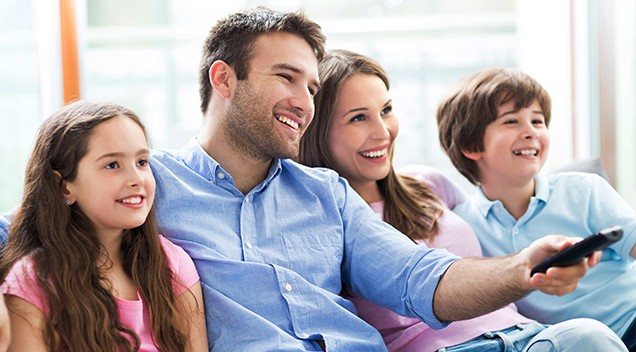 It’s already a common fact that movies that show cheesy complex stories with plenty of feelings and drama rank well among viewers’ preferences. The productions of Lifetime Movie Network top those preferences among binge-watchers and family movie evening enthusiasts. There’s a list of Lifetime movies on Netflix which you can choose from for a nice and quiet home cinema session for all ages.

Searching for a movie on a family evening takes time. You must find an attractive plot while making sure that it’s suitable for children. So, you end up scrolling through drama, romance, mystery, and crime to find the right title. We have compiled a list of the best 7-lifetime movies you can search and stream on Netflix without worrying about your children. Meanwhile, unleash your guilty pleasure and enjoy storylines you might have never thought about watching!

Here are seven Lifetime Movies on Netflix your family might need a tissue for:

The movie: This 1 hour and 27 minutes movie contains a biography, romance, and drama altogether in a story with famous characters. If you feel like knowing more about the hidden life of celebrities after watching this movie, there are some tempting titles featured on NetflixGuides. The movie shows the impact of media scrutiny on a relationship and what it takes for a couple to eliminate obstacles.

The plot: William & Kate is a biographical romance drama about two young people who fall in love. Nothing special here. However, the two are Kate Middleton and Prince William. The wedding happy end is not essential here. You can see how their relationship began and developed and how society worked its way into the couple’s mind.

The movie: This is a Christmas movie you can watch throughout the year. The Spirit of Christmas lasts for 91 minutes and contains drama, history, and romance altogether. The movie is surprising and brings back the feeling of classic mystery plots, according to an IMDb user. This story will teach your children that Christmas is less about buying and more about forgiving and being kind.

The plot: Kate is a workaholic lawyer who must sell a haunted bed and breakfast. The place is haunted by a male ghost who teases Kate until the two fall in love. She becomes less focused on work, and he becomes her romantic partner. Do remember that this is a love story between an alive woman and a male ghost.

The movie: Secrets in the Walls might seem a scary thriller with drama and horror. However, the movie is enjoyable, and the horror scenes are decent, according to IMDb users. This is a ghostly adventure about a family which aired on Lifetime back in 2010.

The plot: A divorced mother and her two daughters move into a new home which they all enjoy at first. The house is haunted by a spirit who wants its new inhabitants to acknowledge. Therefore, it haunts the home and reveals a dark and ugly secret about the family’s new residence. The movie also teaches you that you cannot judge a house by its cover.

The movie: This is one of the lifetime movies on Netflix that teach children and particularly teenagers a lesson about behavior. Th movie is based on a true story and features performances by Austin Butler and Yin Chang. The 87-minutes TV drama has the same name of the real-life celebrity robbery case that the media covered back in 2008 and 2009.

The plot: A few teens decide to experiment the rich life by breaking into celebrities’ homes and stealing their clothes and jewelry. They get away with stealing for a while, even if they don’t hide under masks.

The movie: For an hour and 30 minutes, both children and adults can enjoy the story of J.K. Rowling’s rise to fame. The biography adapted the screenplay based on a book written by Sean Smith. Some say that it is unknown whether this biography has an official approval from Rowling. Yet, the story is inspiring and delightful.

The plot: Children who enjoy the Harry Potter series will be surprised by this movie which teaches that success requires work. You can see the writer’s teenage years and struggles as she begins to contour a cultural phenomenon.

True Confessions of a Hollywood Starlet (2008)

The movie: This is one of the lifetime movies on Netflix which show how stardom can influence someone’s life. The cast star is Joanna JoJo Levesque and the story is inspired by Lola Douglas’s novel True Confessions of a Hollywood Starlet.

The plot: A teenage girl becomes successful in Hollywood and then falls from grace after collapsing on the sidewalk after a party. She leaves and moves in with her aunt in another state. The girl has different name and appearance. However, her cover is ruined after a while.

The movie: This romantic drama is a remake of the 1989 classic Steel Magnolias. The movie is funny, courageous and humanistic. It is that movie which is one of the all-time best lifetime movies on Netflix. The film also includes stars such as Queen Latifah, Condola, Phylicia Rashad, Jill Scott and Alfre Woodard.

It does a great job of portraying the lives, the tragedies, and triumphs they go through.

The plot: Six women from Louisiana gather at a beauty salon and share bonding and lifetime stories. You will see lives, tragedies, and triumphs on a funny and sentimental note.

These lifetime movies on Netflix can make you laugh, cry and even be angry or proud of some characters. The hidden ace of such films stands in generating feelings to the audience. Netflix network realized their success and adds new movies to streaming regularly.

Grab your popcorn, your family and choose your favorite movie from the above list!