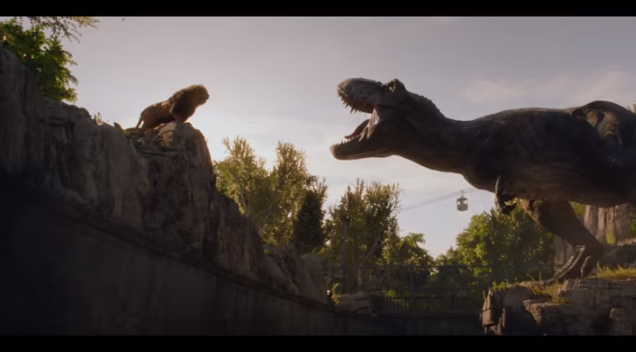 In the latest Jurassic World: Fallen Kingdom TV spot, Dr Ian Malcolm (Jeff Goldblum) actually warns everyone that we’ve “entered a new era” by resurrecting “the most lethal predators this planet has ever seen.”

Falling Kingdom sees Pratt and Howard’s characters return to Isla Nublar to try and rescue the dinosaurs roaming the island from an impending volcanic eruption. While there, they discovered a conspiracy that could assist the dinosaurs in ruling the Earth once again. Chris Pratt and Bryce Dallas Howard are once again starring in the film, and they are joined by co-stars James Cromwell, Ted Levine, Justice Smith, Geraldine Chaplin, Daniella Pineda, Toby Jones, Rafe Spall, while BD Wong and Jeff Goldblum.