Ryan Reynolds Appeared On A Korean TV Show As a Unicorn (Yes, You Read Right) 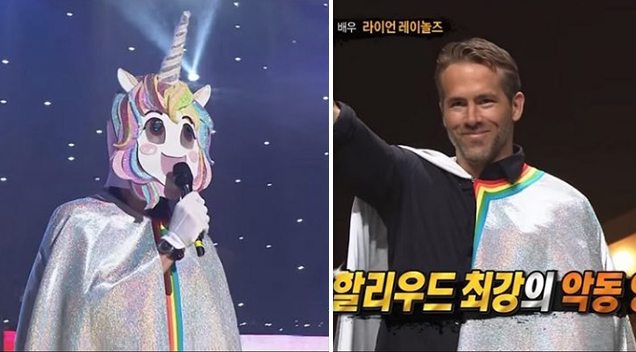 Ryan Reynolds recently appeared on a South Korean singing TV show “King of Masked Singer” to promote “Deadpool 2”, and he hilariously dressed up as a unicorn.

Reynolds wore an awesome rainbow cape and a unicorn mask and then he sang “Tomorrow” from the hit musical “Annie.” When he finally revealed who he was, everyone’s reaction was priceless.

Check out the videos below courtesy of MBCentertainment: