The Verdict On “Pacific Rim: Uprising” DVD: Is It Worth Your Time And Money?? 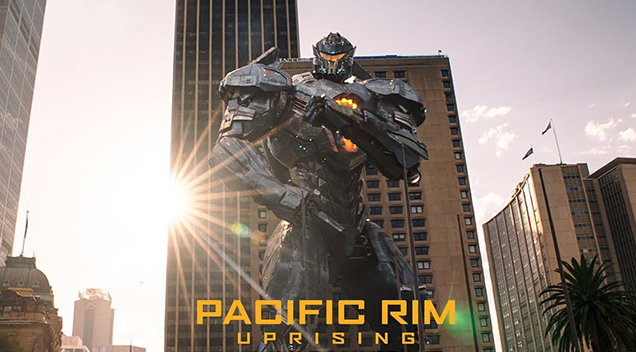 Guillermo Del Toro is one of these unique, visionary minds who can take a truly ludicrous and outrageously silly idea like making a movie about giant robots beating the crap out of giant monsters not only intelligent and smart, but amazing and bad ass as Hell. “Pacific Rim” was as simple a premise as you can get. It was science fiction, and Anime fans dreams come true and no matter how silly it was or how seriously the film took itself; the film was a winner in every way it needed to be. Technically Hollywood doesn’t need sequels as were chock full of them anyway, but “Pacific Rim” is one of those films with a plot that easily lends itself to warranting one…as long as Del Toro is still behind it…which sadly he isn’t. The result: “Pacific Rim: Uprising.”

Set 10 years after the events of the first film, Jake Pentecost (John Boyega) is the son of famed war hero Stacker Pentecost (Idris Elba); who’s turned to petty thievery and salvaging in the peaceful times freed from the Kaiju menace. His antics earn him a prison cell alongside junior Jaeger creator Amara Namani (Cailee Spaeny), but get enrolled back into the Jaeger training program to train a new generation of Jaeger pilots when a Jaeger conspiracy emerges that threatens to bring about humanity’s greatest fear: the return of the Kaiju. Old heroes from the past emerge to help train and prepare this new force to save the world from threats both familiar and foreign.

Guillermo Del Toro passed on making this so he could direct “The Shape of Water”, which was the most awarded film he’s ever made so in retrospect it was a good call. “Uprising” is nothing more than a shoddy, empty, humorless heap of blandness and hollowness that feels more like some poorly written pilot for a children’s Saturday morning cartoon show. This feels like a big budgeted version of the “Power Rangers” franchise, only they did that already last year, and it was WAY more enjoyable and rich with interesting characters than this lifeless board of cheap plywood. It’s funny to use the word cheap because this film certainly isn’t cheap and it really doesn’t look it. For what it’s worth, the effects used to render the Jaeger and Kaiju creatures look beautiful this time around; far more clearly than the rain-soaked battles of the last film.

But that’s where the highlights of this film begin and end. As dumb and simple as the first film’s plot was, it took its material in a campy-yet-intensely serious manner, which made it all the more enjoyable to experience. The film was dark, full of menacing Kaiju and characters dying left and right. If a Jaeger got ripped to scrap metal, you knew everyone inside was monster chow or dead meat. “Uprising” treats everything with kid gloves and fails to take any risks with anything or anyone. Cities are conveniently emptied out in the nick of time for safety, and the film tries so hard to keep anyone from dying, which is ironic because none of the characters who live OR die have a personality or existence worth remembering.

The acting and writing are absolutely pathetic. The dialog is generic, by the numbers and lacks all manner of heart and soul. You aren’t given any reason or development to give a damn about anyone of these characters. Even John Boyega, who “seems” to be trying; just comes off as passionately neutral, if that’s even possible. Scott Eastwood is more of a robot than the Jaeger’s are, Cailee Spaeny brings nothing but irritation to this film and the lovely and exceptionally talented Rinko Kikuchi is utterly wasted here. No one new or old brings anything worth wild to the table. Every plot line, joke, and twist is flat and forgettable. The worst casualty of this train wreck of a script is Charlie Day, returning as Dr. Newton Geiszler. His character has one potentially unique plotline that, if handled properly, could have been genuinely interesting.

But of course this is “Pacific Rim: Uprising” so naturally, it’s not handled properly because no person or part of this film is handled properly in any shape, way or form. “Uprising” is a waste of a movie that feels cheap, two dimensional and scrubbed all of the original film’s best components (pretty much everything) and replaced it with a watered down, kid-friendly action flick that lacks any bite, bark OR balls. I didn’t care about a single person or thing in this movie. Giant robots fighting giant monsters shouldn’t be this hard to deliver but somehow,

“Uprising” proves you can screw anything up with enough minimal effort. Do yourself a favor: skip “Uprising” and re-watch the original film, at least then you won’t have to wait an hour for any freaking Kaiju to show up in the movie. “Uprising” isn’t boring but that’s really the only thing going for it.