OMG! The Trailer For Bad Times At The El Royale Has Just Dropped And It Shows A Shady Chris Hemsworth 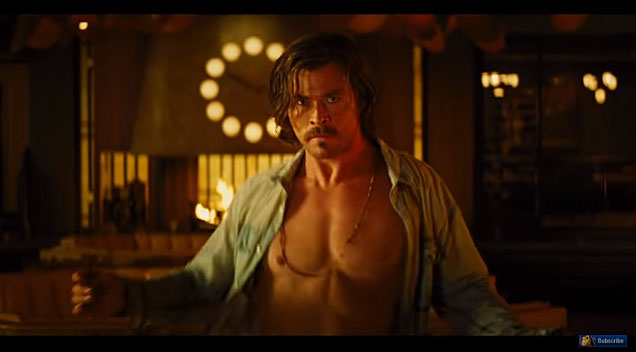 20th Century Fox has just released the Bad Times at the El Royale trailer and Chris Hemsworth looks a LOT different from his last role as Thor.

Here’s the synopsis of the movie according to 20th Century Fox: “Seven strangers, each with a secret to bury, meet at Lake Tahoe’s El Royale, a rundown hotel with a dark past. Over the course of one fateful night, everyone will have a last shot at redemption… before everything goes to hell.”