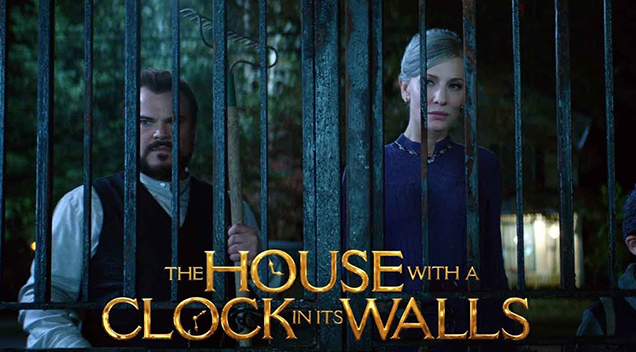 Universal Pictures has just released a new trailer for The House with a Clock in Its Walls, and Cate Blanchett and Jack Black look great together.

The gothic thriller revolves around a ten-year-old who goes to live with his uncle in “a creaky old house with a mysterious tick-tocking heart.” He eventually finds himself in a world of magic when he accidentally awakens the dead.

The film stars Jack Black as the uncle, a small-town Warlock, and Cate Blanchett as the witch next door, check out the trailer courtesy of Universal Pictures: