The Trailer For Goosebumps 2: Haunted Halloween Has Just Dropped And… OMG 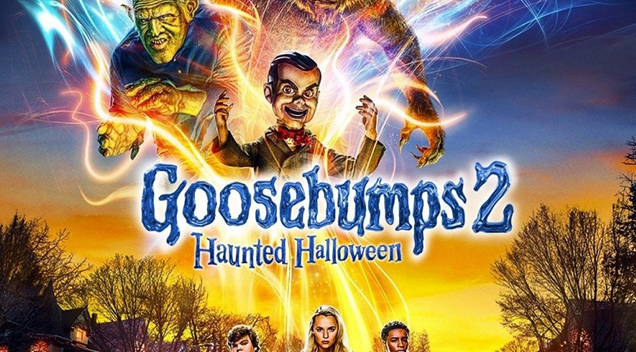 Sony Pictures has just released the first trailer for the upcoming Goosebumps 2: Haunted Halloween trailer and it looks like a lot of fun.

The movie is a sequel to the hit film from 2015, Halloween comes to life in a brand-new comedy adventure based on R.L. Stine’s 400-million-selling series of books. Here’s the synopsis of the movie according to Wikipedia: “In the small town of Wardenclyffe on Halloween Night, two boys named Sonny (Jeremy Ray Taylor) and Sam (Caleel Harris) find a manuscript in an abandoned house which was previously owned by R. L. Stine called “Haunted Halloween”. When they opened it, they unknowingly release Slappy (Jack Black) who plans to cause a Halloween Apocalypse with the help of his monster allies. Now Sonny and Sam alongside Sonny’s sister Sarah (Madison Iseman) must work to thwart Slappy’s plot before all is lost.”