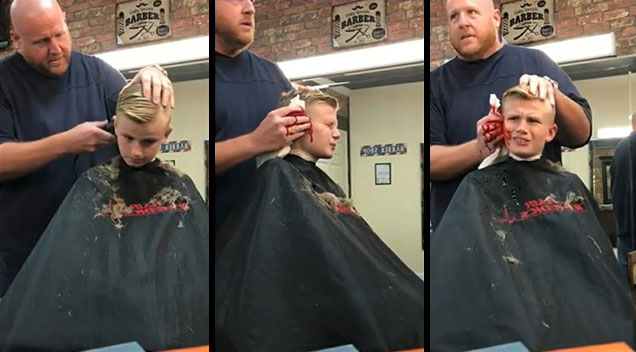 This kid has learnt the hard way why he should never prank his barber ever again.

Initially, Vito played a prank on his barber Jude Sannicandro by placing a fake cockroach on his counter when he wasn’t looking, and Jude fell for it. After asking permission from Vito’s parents, Jude decided to do a revenge prank by tricking Vito into thinking he had lost his ear during a haircut. Vito’s reaction was priceless.

Check out the video below courtesy of Jude Sannicandro: