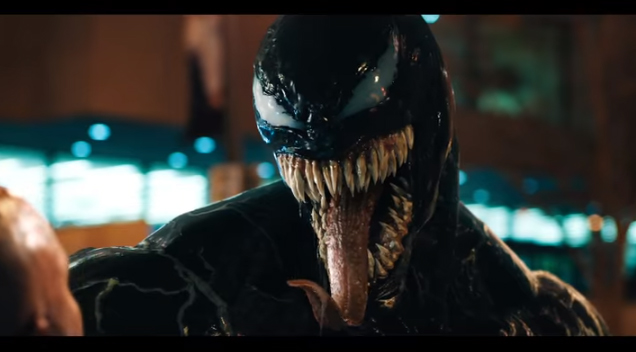 The latest trailer for Venom is finally here and it looks pretty EPIC.

Here’s the synopsis of the movie according to Coming Soon: “Tom Hardy plays Eddie Brock, the character who first became Venom. First appearing in the comic book series as an alien costume worn by Spider-Man in Marvel‘s “The Amazing Spider-Man” #252 in 1984, it was several years before the creature left Peter Parker and merged with photographer Eddie Brock, forming the antihero known as Venom. The film is based on not one but TWO comic book storylines: ‘Venom: Lethal Protector’ and ‘Planet of the Symbiotes.”