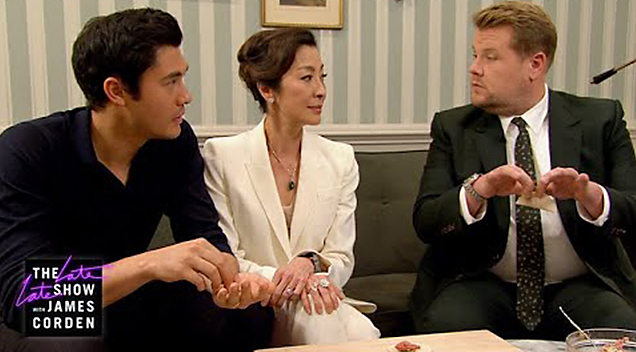 The Crazy Rich Asians craze has just hit James Corden’s show, and as expected, it was side-splittingly hilarious.

Henry Golding’s Crazy Rich Mom aka Michelle Yeoh is not a fan of James Corden. When James went to greet “Crazy Rich Asians” star Henry Golding before his first appearance on The Late Late Show, he found out that Henry couldn’t come out for the interview until his mother (Michelle Yeoh) approves. It was a task that was way more difficult than James anticipated.

Check out the video below courtesy of James Corden: