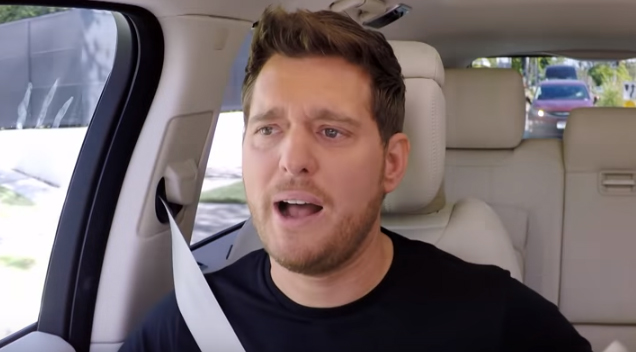 Michael Bublé was the special guest in the latest episode in The Late Late Show with James Corden‘s Carpool Karaoke segment, and it was an emotional episode released in association with Stand Up to Cancer.

James Corden and Michael Buble decided to carpool through Los Angeles singing both Michael’s new music and his classic songs such as “Haven’t Met You Yet” and “It’s A Beautiful Day,” and they also had an emotional discussion about Michael’s son’s battle with cancer in 2016 and his then-three-year-old son Noah who was diagnosed with liver cancer.

Scroll down to watch the video below courtesy of The Late Late Show: