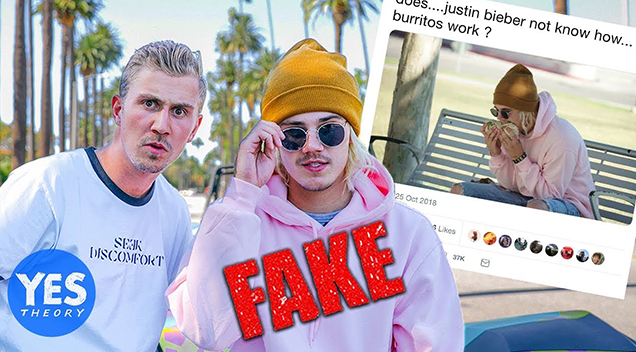 Screenshot from The Yes Theory

Sorry folks, it looks like the photo where Justin Bieber apparently eats his burritos middle-first was in fact “fake news” – hats off to these pranksters for fooling the world.

The Yes Theory YouTube Channel eventually revealed that they were the ones behind the epic prank. The Yes Theory team actually told Refinery29 in an email, “The purpose of this video was to show the world how easily the media can be manipulated to put certain news in front of us. Hopefully, this can serve as a reminder to everyone to not believe everything they hear.”

So, how did these pranksters pull off one of the biggest pranks of the year?? Check out the video below: