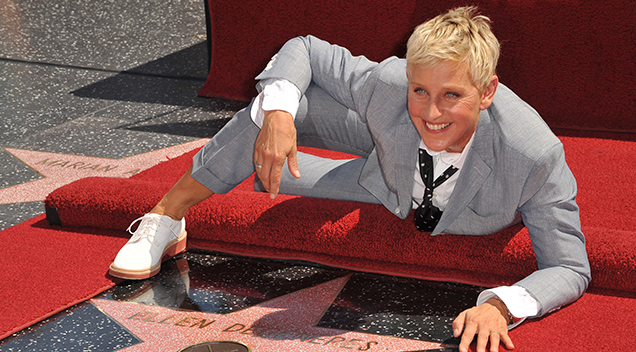 Ellen DeGeneres has enjoyed a long and fruitful career as a talk show host but it looks like her stint in the daytime TV world is about to come to an abrupt end as she told the New York Times that she’s considering retiring. Her show is currently in its 16th season after launching back in 2003 and has grown from strength to strength.

Ellen told New York Times that surprisingly, she’s getting sick of dancing on her show. She said: “There have been times someone wants a picture, and while I’m doing a selfie, they’re like: ‘You’re not dancing!’” “Of course I’m not dancing. I’m walking down the street.”

Ellen also said during her interview that her brother Vance DeGeneres wants her to keep going as a talk show host but her wife Portia de Rossi wants her to quit the show. “She gets mad when my brother tells me I can’t stop,” Ellen quipped.

Portia said: “I just think she’s such a brilliant actress and stand-up that it doesn’t have to be this talk show for her creativity… There are other things she could tackle.”

Even if Ellen quits the show, she’s not going to end up the streets as she has reportedly earned a whopping $87.5 million USD just this year alone.