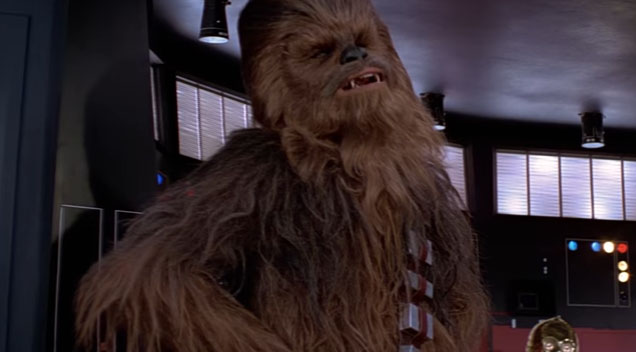 Chewbacca singing a Christmas song is seriously the best thing ever.

The awesome idea for “Chewbacca Sings Silent Night” was initially created by Scott Andersen back in 1999. James Covenant (creator of the awesome Star Trek “Make It So” video) was inspired by this idea so he created this new epic video for HISHE and a masterpiece was born.

Check out the video below courtesy of HISHE: