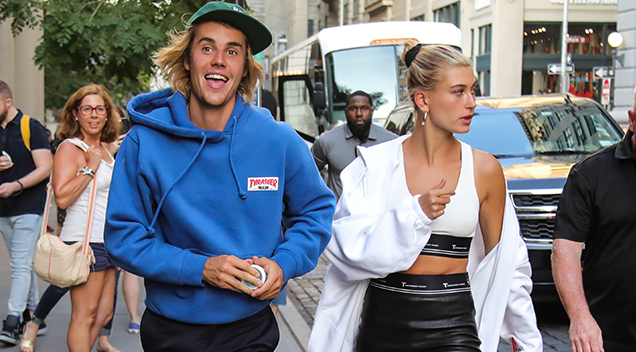 Justin Bieber and Hailey Baldwin are officially married after twelve weeks of dating – they got hitched in a secret ceremony at a New York City courthouse.

The newlywed couple was recently interviewed by Vogue and Justin finally opened up about his marriage as well as his religious beliefs. revealing he and Hailey remained celibate until they tied the knot. Justin admitted that he was “super-promiscuous” in the past but then he managed to turn his life around because Hailey has been a good influence.

Justin said: “God doesn’t ask us not to have sex for him because he wants rules and stuff… He’s like, I’m trying to protect you from hurt and pain. I think sex can cause a lot of pain. Sometimes people have sex because they don’t feel good enough. Because they lack self-worth. Women do that, and guys do that.”

“I wanted to rededicate myself to God in that way because I really felt it was better for the condition of my soul,” he further said. “And I believe that God blessed me with Hailey as a result. There are perks. You get rewarded for good behavior. When I saw her last June, I just forgot how much I loved her and how much I missed her and how much of a positive impact she made on my life. I was like, ‘Holy cow, this is what I’ve been looking for.”

“It’s just that I’m fighting to do this the right way, to build a healthy relationship,” Hailey added. “I want people to know that. We’re coming from a really genuine place. But we’re two young people who are learning as we go. I’m not going to sit here and lie and say it’s all a magical fantasy. It’s always going to be hard…”

“We’re really young, and that’s a scary aspect,” she further said. “We’re going to change a lot. But we’re committed to growing together and supporting each other in those changes. That’s how I look at it. At the end of the day, too, he’s my best friend. I never get sick of him.”

Congrats to the newlywed couple and more power to you both.