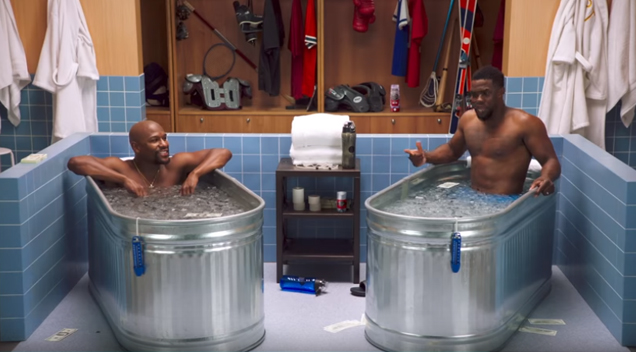 Floyd Mayweather was recently a guest at Kevin Hart’s “Cold as Balls” show which aired on the LOL Network on YouTube, and of course, he was asked about his thoughts on McGregor.

Mayweather defeated McGregor in the 10th round of a boxing rules contest in 2017 and since then there have been talks about Mayweather getting in the Octagon. When Mayweather was asked about his former opponent, he described him as the “caucasian Floyd Mayweather,” adding: “He’s a knock-off version, a hell of a knock-off version.”

Check out the entire interview below courtesy of LOL Network: