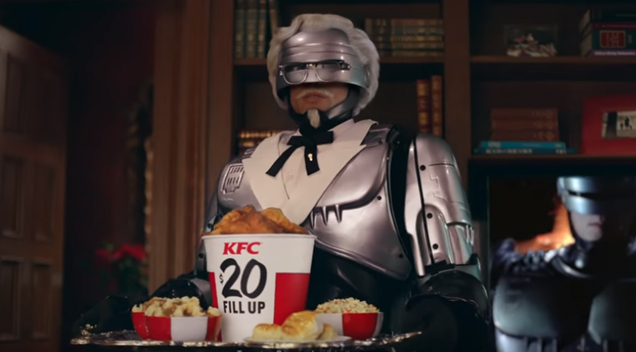 It looks like RoboCop is back in town but under a new identity: Colonel RoboCop!

KFC has recently released a number of commercials introducing Colonel RoboCop as the new protector the secret recipe and he’s trying to get the masses to eat colonel’s famous chicken, otherwise, it’s not going to be pretty.

Check out the video below courtesy of KFC: