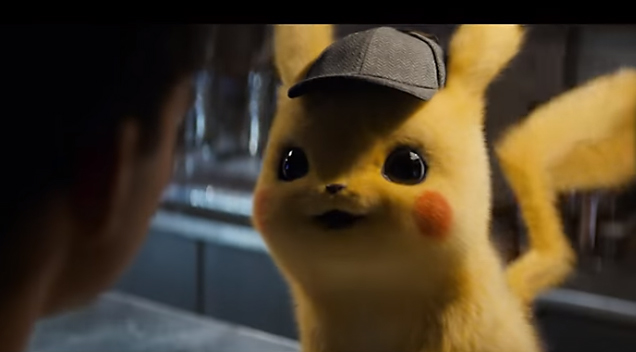 Warner Bros. Pictures has finally released the new Detective Pikachu trailer and it looks like a hoot.

Here’s the synopsis of the movie according to Wikipedia: “In the Pokémon universe, Tim Goodman is a former Pokémon Trainer and the son of prominent detective Harry Goodman. After losing the Pokemon League, Tim’s father, Harry Goodman, invites him to work with him in his precinct in Ryme City. Tim arrives in Ryme City and meets Detective Yoshida, a friend of Harry’s, and learns that shortly after sending the ticket to Tim, his father had mysteriously disappeared while working a case. Offering his father’s place to temporarily stay in until Harry is found, Tim meets a Pikachu that belonged to his father and is surprised that he can understand him. However, Pikachu is suffering from a severe case of amnesia, and the two must work together to find out what happened to Tims father. While searching for clues across the city, they meet a reporter named Lucy Stevens, who is also trying to find out what happened to Harry. Their clues lead to an underground fighting ring, accompanied by a man named Sebastian who owns a Charizard, a Mr. Mime that may know some information they need, and a plot that threatens the Pokémon universe.”