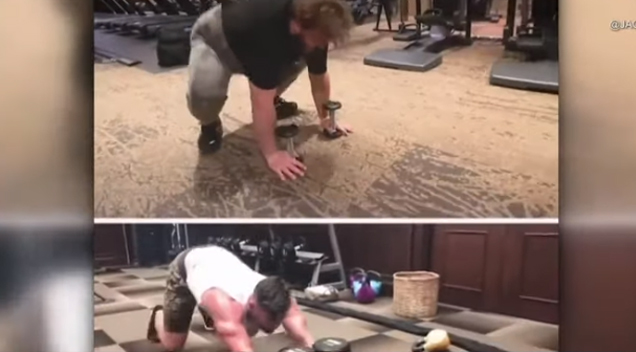 Jack Black might not be an Avenger, but his epic attempt of Chris Hemsworth’s insane Thor workout was definitely pure gold.

Black recently posted a video of his “gym session” on Instagram and Twitter. He captioned his video with, “Mixing it up. Get creative. Keep moving. Variety is key!” Then, he tagged Hemsworth and said “Who did it better? #ThorWorkout.”

Check out the hilarious video below courtesy of Breakfast Television Toronto: