The Verdict On Ant-Man And The Wasp DVD: Is It Worth Your Time And Money?? 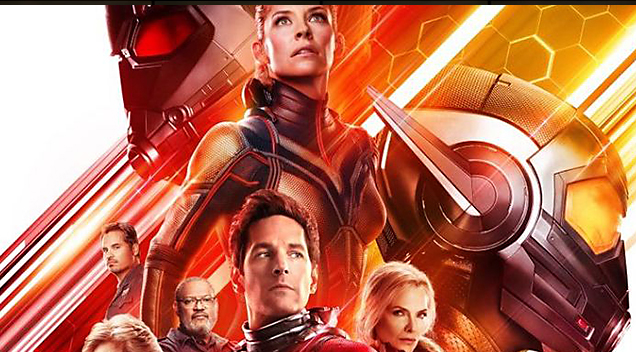 After the devastatingly dark and dreary outcome of “Infinity War,” suffice to say Marvel fans could really use a palate cleanser right about now. “Ant-man” is one of the lesser well-received Marvel movies despite its success. Its cast and humour were well received but everything else people seemed to be already familiar with and slightly disappointed it wasn’t as new and innovating as some were probably hoping for. So imagine my lack of surprise when I hear people aren’t exactly jumping out of their couches to go see the latest Marvel film, which happens to be a sequel to “Ant-man” called “Ant-man and the Wasp.” Is this the cleanser we need or something that NEEDS cleaning up before “Captain Marvel” comes our way? Let’s find out!

Taking place after the events of “Captain America: Civil War,” Scott Lang (Paul Rudd) is under house arrest for helping Cap defy the Sokovia accords. Also on the run is Dr Pym (Michael Douglas) and Hope Van Dyne (Evangeline Lily) who are desperately trying to re-create the “Quantum realm” experiment in hopes of retrieving Pym’s long-lost wife, Janet (Michelle Pfeiffer) who vanished in there years ago. Things become complicated however when a wall phasing Ghost (Hannah John-Kamen) and a greedy crime boss (Walton Goggins) both want Pym’s tech for their own personal reasons. Now Scott has to suit up along with Hope, his new partner, as Ant-man and the Wasp to protect their families and friends from these new threats.

Even when receiving a lukewarm reception, a good strategy is to know what worked and expand it so you don’t lose the strengths you had before; even if you stumbled on the dismount. “Ant-man and the Wasp” keeps things lighthearted and fun but also fresh. The sense of humour never relies on callbacks to the previous film to do its job; except for a much-welcomed return of Luis’s (Michael Pena) excessive monologues. There are stakes, new characters and new ways to play with shrinking/growing hijinks but still, the film keeps its sense of humour consistent and creative. But also, there’s a finely tuned balance of action that makes this more of a hero flick than a heist flick than the last one; doesn’t always work but works more often than it fails.

What I like better this time around is the pacing. The movie keeps things moving at a steady pace; never slowing down but always giving us enough time to process what’s happening and it keeps the scenery actively changing which takes the characters to a lot of fun new locales. I also like the approach to keep the story more family and home-based. We’ve seen enough global ending disasters and villains from previous Marvel heroes; keeping the heroes and villains grounded in personal conflicts and quests generates stronger ties that make them more relatable than purely fantastical. Seeking out the original Wasp is a great way to introduce more badass female heroes to the MCU; especially with Evangeline Lily dominating the fight sequences.

She comes into the costumed role; naturally, her skills and charisma with Rudd make them an absolutely delightful duo; both in and out of costume. Hannah John-Kamen is an unusual new villain, and it’s a welcomed change to the strange. Her powers make every appearance a visual feast. There’s always something happening, something moving with her and her goal is a fresher breath of air compared to the usual greedy, power hungry megalomaniacs. I’m a huge Walton Goggins fan, I love his work, and I was super pleased to hear he was in this. His role may be straight to the point, but I love what he brings in here and, like everyone else in this film, he adds to the fun and the charm. The only flaw the film really suffers from is reminding us nothing BIG is happening.

This film’s stakes cannot come close to comparing to the gauntlet “Infinity war” threw down, so you never feel that sense of tension because you know the grand finale has already happened. Things are more fun and personal but not quite that epic or grand; as I said this is a palate cleanser and not a game changer. Overall, “Ant-man and the Wasp” is the throwback to fun and flashy Marvel days before Thanos snapped his fingers and changed everything. The supporting cast is stellar, the humour is right on point and Wasp kicks ass in a big way. It’s not breaking new ground and its micro-sized compared to “Infinity War,” but it’s still a smile/money maker that will not disappoint.