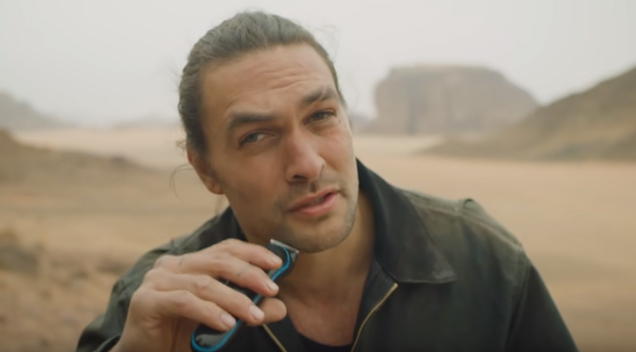 Jason Momoa, who shot to fame after playing the role of Khal Drogo in the television series Game Of Thrones and recently the superhero Aquaman has always been known for his signature beard – now it’s all OFF.

He decided to shave off his signature beard to promote the use of aluminum cans over plastic water bottles. In a YouTube video titled “Infinitely Recyclable,” he was seen shaving off his beard which was pretty hard to bear for his fans. Safe to say, we’re probably looking at a clean shaven Aquaman in the next installment.

Check out the video below courtesy of Jason Momoa’s YouTube: