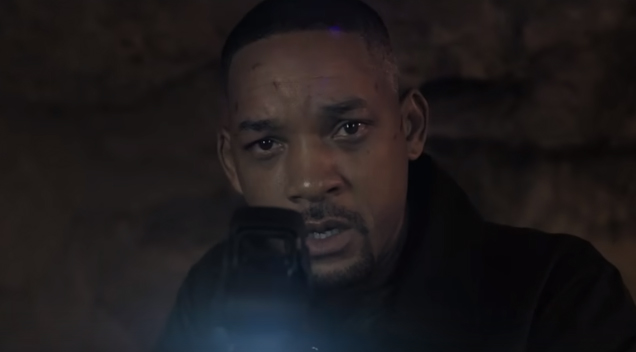 Screenshot from Will Smith

Will Smith stars as Henry Brogan, an assassin who finds himself being pursued by a mysterious young man who can predict his every move for some reason. It’s probably because the young man is Henry Brogan’s much-younger clone created by a man named Clay Verris (Clive Owen). The digitally altered version of Will Smith looks absolutely spot on!

Check out the trailer below courtesy of Will Smith: