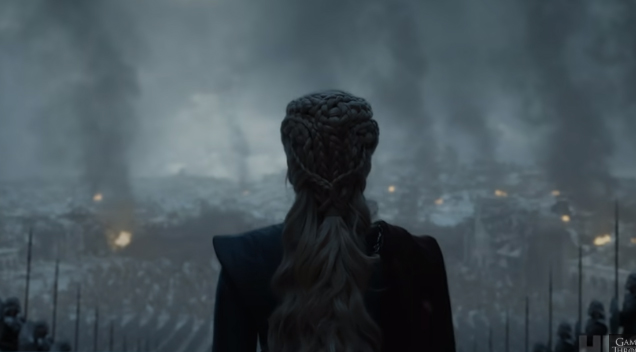 HBO has just released teaser trailer from the final episode of Game of Thrones, titled “Game of Thrones” and it looks terrifying.

The footage shows the dark atmosphere following the destruction that occurred in last week’s episode, “The Bells,” wherein Daenerys Targaryen burnt King’s Landing to a crisp. The first footage shows Daenerys looking out over the destruction she created when she transformed into the “Mad Queen,” while another footage shows Tyrion Lannister realizing his huge mistake of supporting Daenerys’s claim to the Iron Throne.