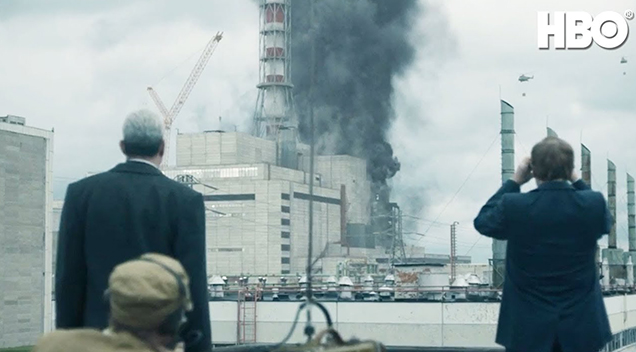 Now that Game of Thrones is over, millions of people are having withdrawal symptoms because they don’t really know what else to watch next…

Well, folks, we’ve got an awesome suggestion for you and we bet you’ll love this one seeing that millions of people are currently hooked in it. HBO’s Chernobyl is a five-part historical drama about the nuclear disaster that occurred in the Soviet Union back in April 1986 and it’s an absolute masterpiece.

Here’s the official synopsis according to HBO: “On April 26, 1986, the Chernobyl Nuclear Power Plant in Ukraine, Soviet Union suffered a massive explosion that released radioactive material across Belarus, Russia and Ukraine and as far as Scandinavia and western Europe. Chernobyl dramatizes the story of the 1986 accident, one of the worst man-made catastrophes in history, and the sacrifices made to save Europe from the unimaginable disaster.” 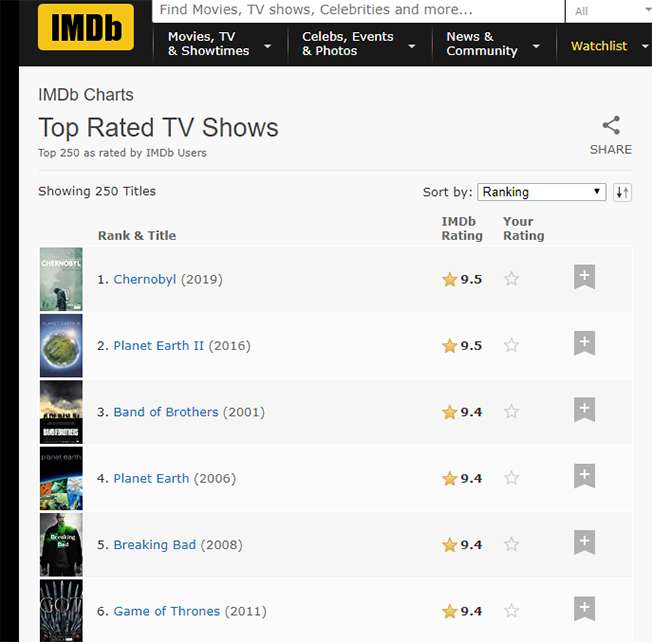 IMDB recently released the stats for the Top Rated TV Shows list and Chernobyl is at the top of the hill with a whopping 9.5 average rating! Planet Earth II comes second, Band of Brothers comes third, Planet Earth comes fourth, Breaking Bad comes fifth and Game of Thrones comes sixth. So if you’re looking for a new TV show to binge on then you know what should be next on your list.

Check out the trailer below courtesy of HBO: