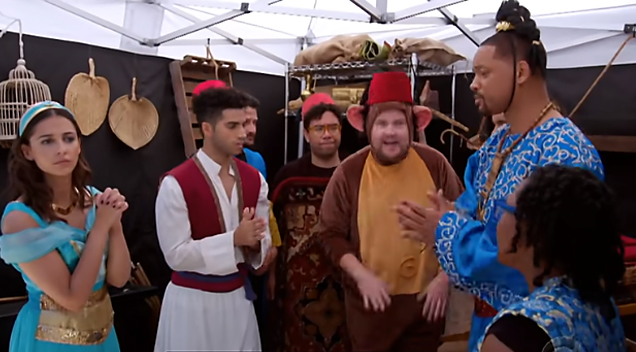 James Corden recently enlisted the cast of Disney’s live-action adaptation of Aladdin to take on the streets of Los Angeles and it was definitely a sight to behold.

James Corden, Will Smith, Naomi Scott (who plays Princess Jasmine) and Mena Massoud (who plays Aladdin) performed some of our favourite songs from Aladdin such as “Prince Ali,” “Friend Like Me” and “A Whole New World” and they LITERALLY stopped traffic with their performance.

Check out the hilarious video below courtesy of The Late Late Show: