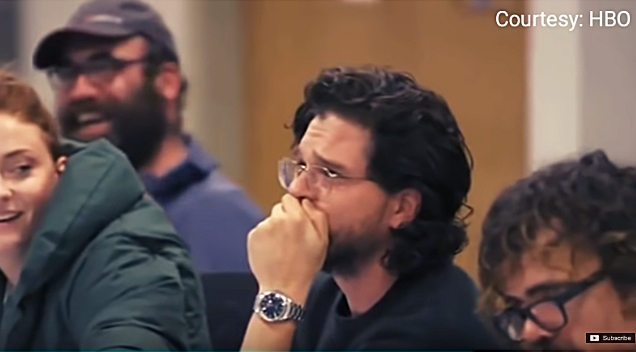 Screenshot from HBO and CB Zero

Since Kit Harington did not read the scripts ahead of the Season 8 table read, he wasn’t actually prepared for the final twist in the very end.

The documentary Game of Thrones: The Last Watch, aired recently on HBO, and it showed the show’s biggest stars in a read-through together for the final season. What’s most amusing to watch was when Harington totally lost it when he found out that his character, Jon Snow, eventually kills Daenerys Targaryen (Emilia Clarke) in the finale.

Check out the video below courtesy of HBO and CB Zero: