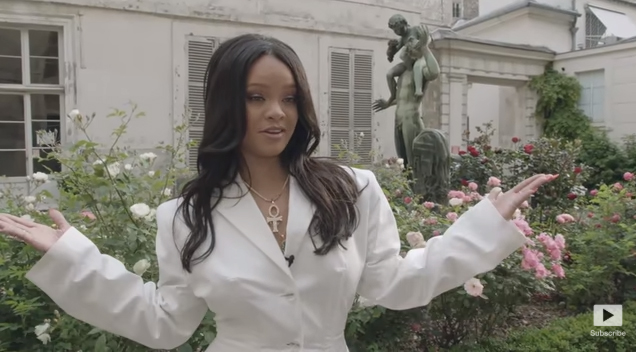 It looks like the Barbados Babe has just been proclaimed as the richest female musician in the world by Forbes as her fortune was estimated at a whopping $600 million.

According to Forbes, RiRi’s massive wealth actually stems from her partnership with LVMH rather than her music career -the French luxury goods giant run by billionaire Bernard Arnault. Forbes mentioned: “Fenty Beauty racked up a reported $100 million in sales in its first few weeks, propelled by Rihanna’s fame and 71 million Instagram followers.” The brand apparently made $570 million in a mere 15 months of being in business.

Forbes further predicts that Fenty Beauty “could swell to more than $200 billion in sales by 2025.” A number of women on Forbes’ list of the Richest Self-Made Women made their fortune in beauty or skin care products, such as Kylie Jenner, who used their massive social media followings to boost their business.

Congratulations to Rihanna and more power to you!