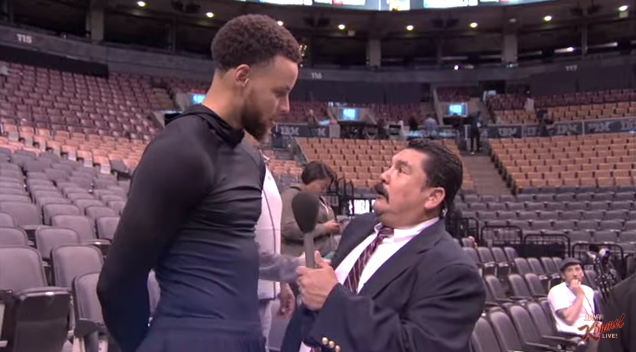 For the 10th year in a row, Jimmy Kimmel Live! sent their star reporter Guillermo to cover the Media Day at the NBA Finals and he definitely did not disappoint.

Millions of fans have been eagerly anticipating for the Golden State Warriors to take on the Toronto Raptors at the NBA finals and Guillermo was there to talk to all the players. He drove all the way to Toronto to cover this all-star studded event as he interviewed the players from both the Golden State Warriors and Toronto Raptors in hilarious fashion.

Check out the video below courtesy of Jimmy Kimmel Live: