Keanu Reeves Just Found Out He’s The Internet’s Boyfriend. His Reaction Was Adorable! 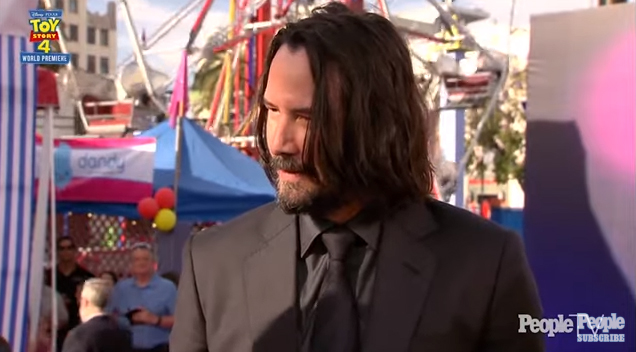 Ever since news of Keanu Reeves being the most awesome human being has made rounds all over the internet – everyone just can’t get enough of him. Especially when Reeves confessed that he was a lonely guy looking for love… awww.

After his starring role in John Wick 3 and his cameo appearance in Always Be My Maybe, the internet just can’t get enough of him at the moment and during the premiere of Toy Story 4, a reporter from People magazine asked him what he feels about his new title of “Internet’s Boyfriend.” His reaction was priceless.

Check out the video below courtesy of People TV: