James Corden Decide To Become An Employee Of Virgin For A Day. Moments Later… LOL 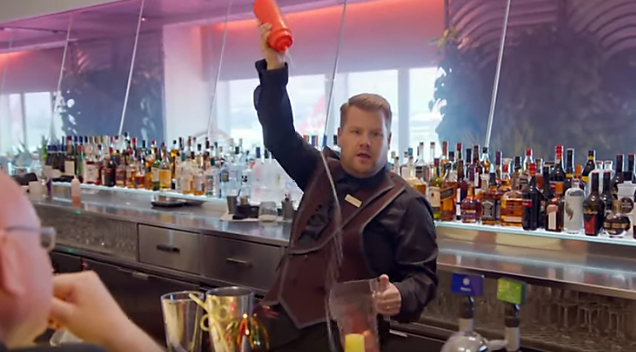 James decided to head to London’s Heathrow airport to give a break to a few employees at the Virgin Atlantic Clubhouse with hilarious results.

He worked at the check-in desk, the bar, and even the hair salon. During his employment, James also gets a video call from Virgin founder Richard Branson, who is a bit apprehensive about giving James a chance to interact with visitors to the Clubhouse – and his concerns were definitely warranted!

Check out the hilarious video below courtesy of The Late Late Show with James Corden: