Just recently Disney revealed that they had finally cast their lead for the live-action remake of the Little Mermaid and its none other than actress and singer Halle Bailey.

After this revelation, fans started sharing their own choices for who should be part of the main cast and it turns out that funnyman Terry Crews wants to join the Disney bandwagon.

Taking to Twitter, Terry posted a hilarious photoshop of himself as King Triton, along with the caption: “Ariel’s Dad!!!! #ArielsGotTerry #AmericasGotTerry – If Terry eventually becomes chosen to play King Triton then Disney, you can take our money anytime! Check out the epic Twitter post below: 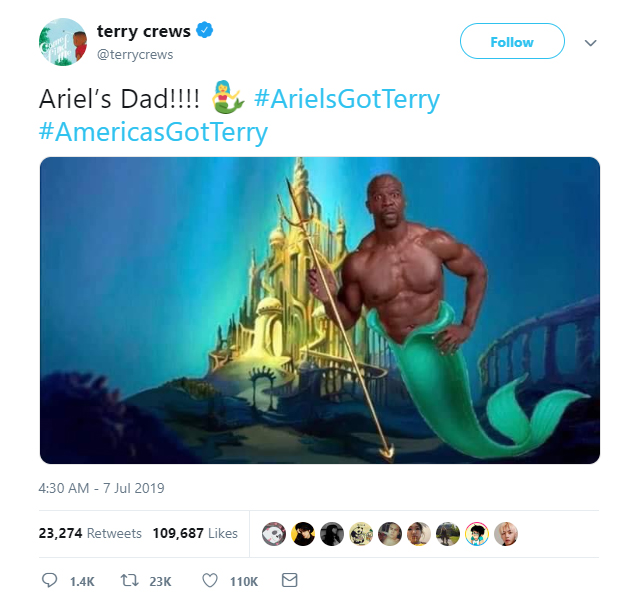