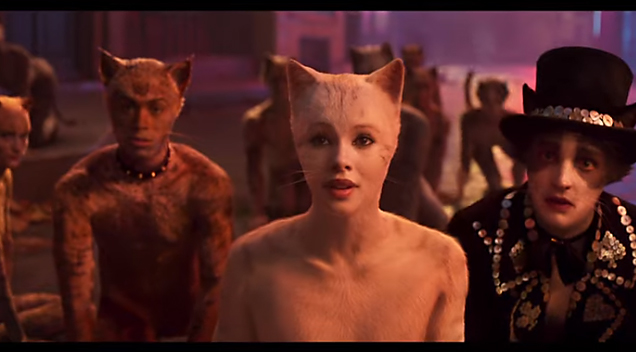 This trailer for the live-action Cats musical is here and looks quite bizarre and kind of creepy, but the singing looks incredible.

Universal Pictures has just released the first official trailer for the much-hyped movie adaptation of Andrew Lloyd Webber’s Cats musical and everyone seems to find it weird. The film stars Taylor Swift, Dame Judi Dench, Rebel Wilson, Jennifer Hudson and James Corden as a group of furry, singing, dancing cats walking around on their hind legs, but with kind of freaky human limbs and faces.