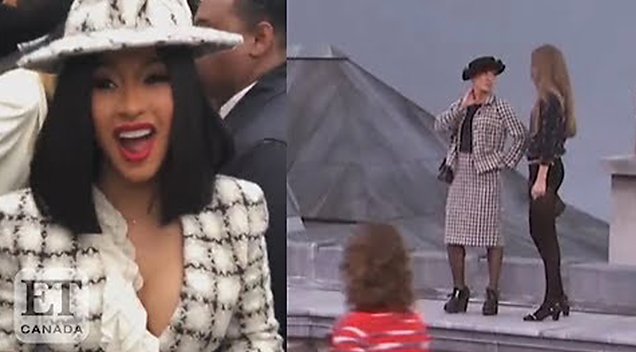 You don’t want to mess with Gigi Hadid – she’s a certified badass!

A prankster who has been identified as comedian Marie S’Infiltre according to BBC News decided to crash the runway during Chanel’s Paris Fashion Week show earlier this week but her stint in the fashion world didn’t last long because model Gigi Hadid saw what she was up to and she immediately removed her from the catwalk. What an epic moment!

Check out the confrontation below courtesy of ET Canada Live: