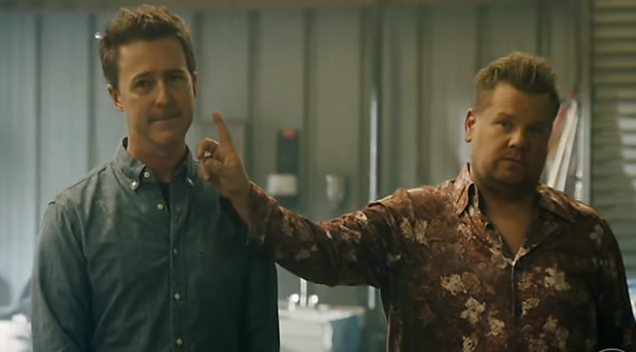 James Corden tried to bring in Edward Norton into his very own fight club with hilarious results.

James Corden was eager to bring Edward Norton to the very first meeting of The Late Late Show Fight Club, but then it was something Edward wants absolutely no part of. The “Motherless Brooklyn” creator, director and star just wanted to focus on his movie, so he took matters into his own hands.