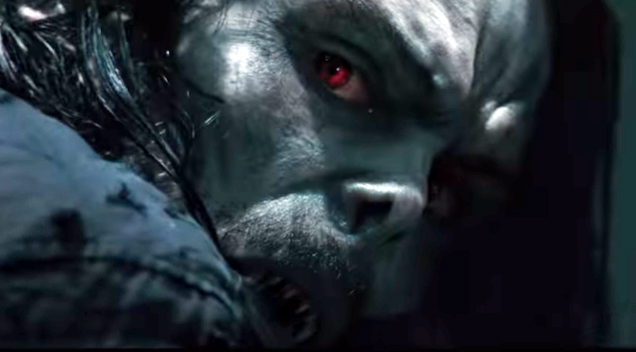 The first trailer for Morbius starring Jared Leto as biochemist Michael Morbius has finally dropped and it looks hectic.

Here’s the synopsis of the movie according to Coming Soon: “Originally Dr. Michael Morbius, the scientist character tried to cure his rare blood disease only to become afflicted with a form of vampirism that gave him superior strength, fangs and a taste for the red stuff.”

Check out the trailer below courtesy of Sony: