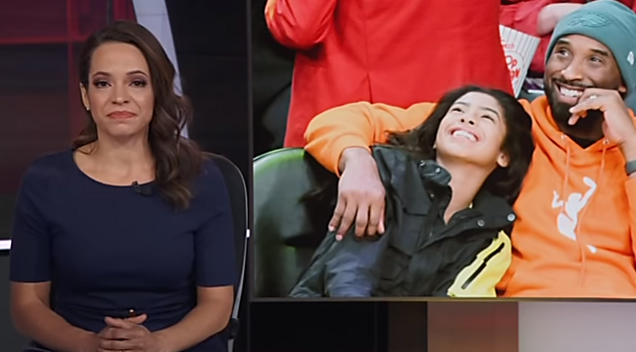 ESPN anchor Elle Duncan recently broke down on “SportsCenter” as she recalled a brief encounter with NBA legend Kobe Bryant.

We all know by now that Kobe tragically died last Sunday in a helicopter crash along with his 13-year-old daughter, Gianna as well as seven others, Duncan decided to share about him when she briefly met him in the past as a tribute to the NBA legend.

Duncan met Bryant backstage at an ESPN event about two years ago – she wanted to get “a picture for the ’gram” and here’s what happened… Check out the video below courtesy of ESPN: