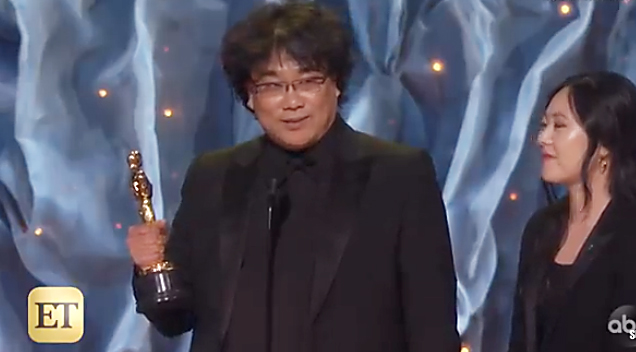 In a night of unpredictable results, the South Korean drama ‘Parasite’ just won four Academy Awards including the best picture making it the first entirely foreign-language movie in history to win the Best Picture Oscar.

Check out the video below courtesy of ET: