Now that the entire world is pretty much on lockdown and everyone is self-isolating, high-profile celebs have decided to spice things up and get things going even though everyone is within the comforts of their own home.

It looks like Rihanna is hosting her very own star-studded virtual party today and you’re invited! RiRi is bringing the party directly to your living room.

Just recently Rihanna announced that her brand Fenty will be launching it’s very first “Social Club.” The party will, of course, be hosted by Rihanna herself and it’ll feature epic DJ sets from previous Fenty collaborators such as Kitty Ca$h, DJ Pedro, and Stretch Armstrong.

British rapper Octavian will also be joining in for a live performance so this virtual party should be off the hook!

Rihanna’s virtual party will kick-off Friday, April 10, at 6 PM (Eastern Time)/3 PM (Pacific Time), which means it’s probably around 8 am AEST down under so it’s an early morning party for Aussies. But hey, you probably have no plans today anyway so might as well join the party right?? You can click here to get a digital invite. 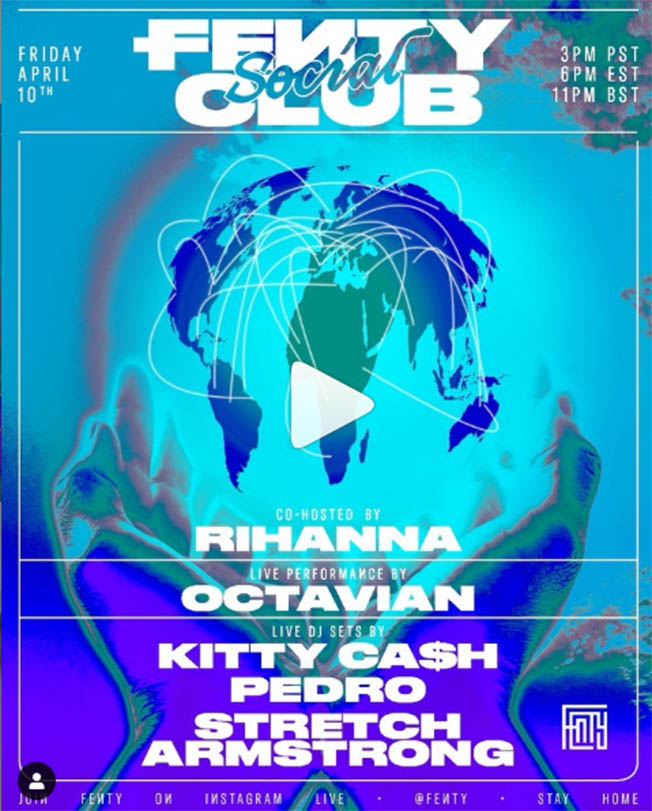