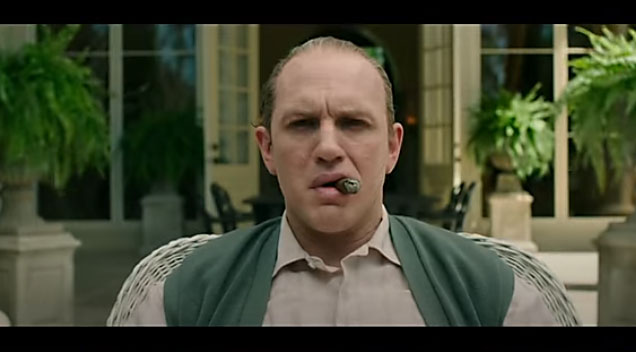 The first trailer for “the untold story” of Al Capone‘s “final chapter” has just dropped and Tom Hardy once again looks like a badass.

Here’s the official synopsis of the movie according to Vertical Entertainment: “A ruthless businessman and bootlegger who ruled Chicago with an iron fist, Al “Fonzo” Capone (Tom Hardy) was the most infamous and feared gangster of American lore. At the age of 47, following nearly a decade of imprisonment, dementia rots Capone’s mind and his past becomes present as harrowing memories of his violent and brutal origins melt into his waking life.”