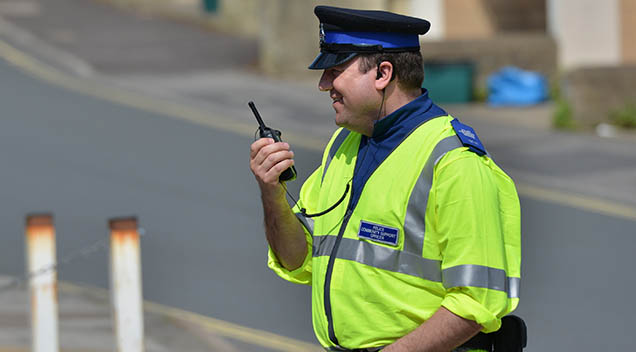 Well, the police definitely have a nose for these things right?

A fugitive who was trying to get away from the Nottinghamshire Police by hiding himself in bushes actually blew his cover after he cut the cheese rather loudly.

Yes, you read that correctly. The man blew his own cover with an enormous fart!

The suspect, whose identity remains unknown at this stage, tried to hide in a wooded area close to Harworth, Nottinghamshire, on May 7 while the police were hot on his trail.

Unfortunately, the police found out where he was actually hiding after he “let it rip,” blowing his cover. The suspect was apparently ‘wanted for two matters’ and he was eventually then taken to Mansfield Custody.

PC Fenton of Nottinghamshire Police, was the one pursuing the suspect and here’s what he said: “I was almost out of wind running but luckily the suspect still had some. I heard him letting rip and followed the noises to a bush.” 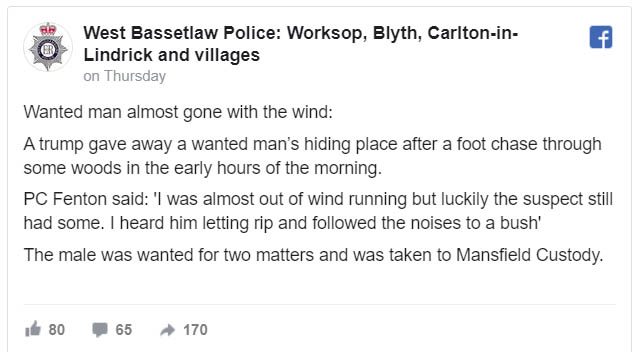 The suspect was then arrested along with another man – they were discovered hiding behind a fireplace at a nearby property. According to BBC News, Nottinghamshire Police confirmed that a 35-year-old man was arrested after he failed to appear in court, while a 30-year old man was arrested in relation to other matters.