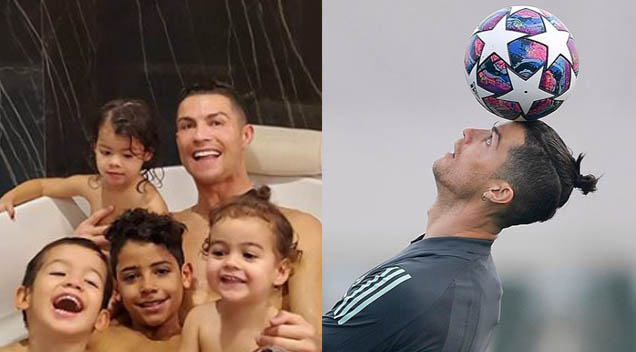 World-famous soccer player Cristiano Ronaldo recently shared a photo of himself in the tub surrounded by his four children; Christiano Ronaldo Jr, nine; two-year-old twins Eva Marie and Mateo, and one-year-old daughter Alana Martina. And while this was hailed as ‘family goals’ by most people, a number of people weren’t impressed.

Ronaldo captioned the photo, “funny moment with my babies,” as he shared the intimate moment with his 205 million followers. 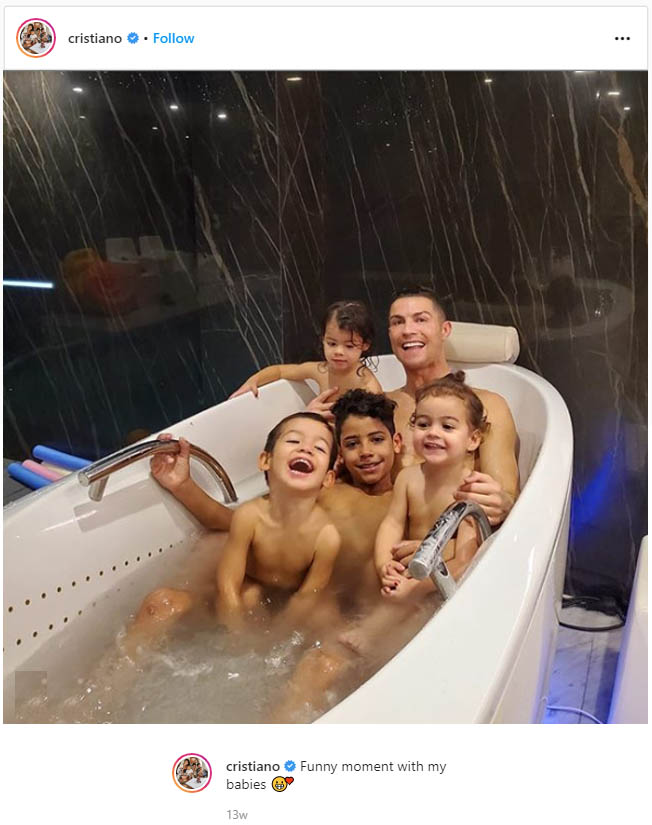 Majority of the comments from Ronaldo’s millions of followers were pretty much positive, with his friends and followers telling him how cute his family is, and telling him what an awesome dad he is, however, some of the other comments were negative, with some of his followers even suggesting that it was inappropriate for him to take a bath with his young kids. 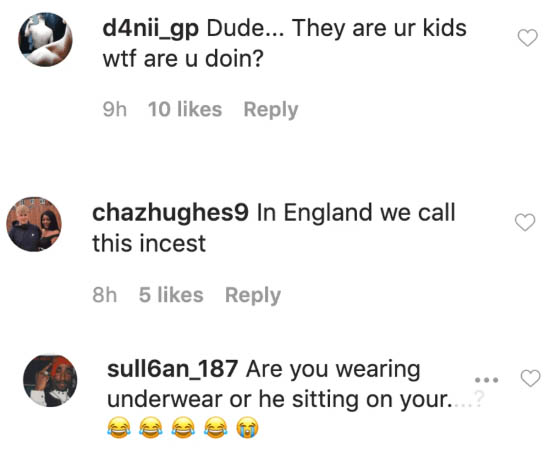 For example, Instagram user @d4nii_gp commented: “Dude… They are ur kids wtf are u doin?”, while others such as chazhughes9 commented: “In England we call this incest.”

The photo in question was probably by his girlfriend Georgina Rodriguez, and while this all seems innocent and fun – there will always be haters that would want to tear you down.