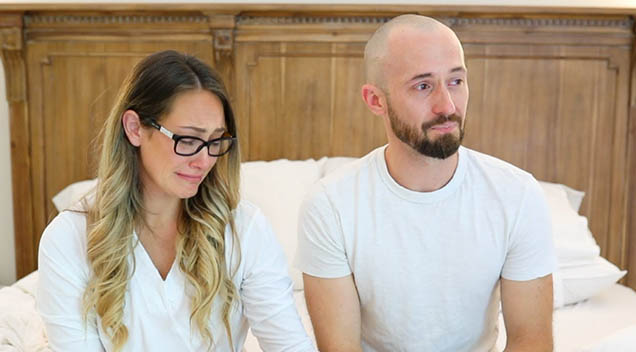 Myka Stauffer is a famous parenting YouTuber, vlogger and lifestyle influencer with a massive following of 700,000 followers. Since creating her channel back in 2014, she has posted about topics relating to parenting tips and home organization, and provided updates on her pregnancies and children, as well as her “adoption journey.”

Back in 2016, the Stauffers posted their first video telling their followers about their intentions to adopt a son. In a series of videos after that announcement, she updated her followers about the progress of their adoption on their entire process of navigating an international adoption.

In a recent video though, the Stauffers told their followers that they had placed the adopted boy in a new home that could better suit his medical needs because he’s autistic.

Here’s what the couple said in a statement:

“With international adoptions, there’s unknowns and things that are not transparent on files, and once Huxley came home, there was a lot more special needs that we weren’t aware of, and that we were not told,” James said in a YouTube video.

“So over the last few years, Huxley has been in numerous therapies to try and help him with all of his needs.

“For us, it’s been really hard hearing from the medical professionals, a lot of their feedback, and things that have been upsetting, really upsetting for us, because this is not what we’ve ever wanted to hear. We’ve never wanted to be in this position. And we’ve been trying to get his needs met and help him out as much as possible… We truly love him.”

Since posting the video, the Stauffers has received intense negative feedback from a number of their fans, they started questioning their parenting abilities, as well as their lack of transparency regarding their adopted son.

She further said, “there wasn’t a minute that I didn’t try our hardest and I think what Jim is trying to say is that after multiple assessments, after multiple evaluations, numerous medical professionals have felt that he needed a different fit and that his medical needs, he needed more.”

The couple explained exactly how their son had been rehomed to protect his identity. She concluded that “he is thriving, he is very happy, he is doing really well, and his new mommy has medical professional training, and it is a very good fit.”

A number of their followers were not happy about the entire thing and they are calling for the Stauffers to be stripped of her sponsorship deals, per the Metro. Watch the video below to see their entire statement: