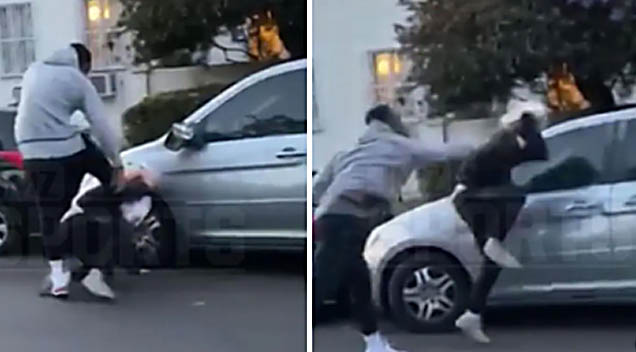 This man definitely messed with the WRONG car.

After footage of NBA star J.R. Smith beating a man on a residential Los Angeles street was posted online by TMZ, Smith has decided to reveal what exactly happened.

In the footage, Smith can be seen kicking and punching a man he later claimed has vandalized his truck. The alleged perpetrator is finally able to run away after some of J.R.’s friends stepped in to hold him back. The video shows Smith delivering several kicks to the man, who can be seen trying to defend himself.

Smith later provided an explanation for the incident on his Instagram story. Here’s what he said:

Check out the video in question via TMZ: