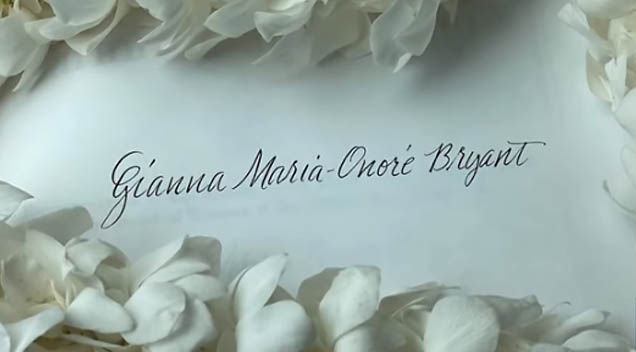 According to E! News, Kobe Bryant’s wife, Vanessa Bryant decided to pay tribute to her late daughter, Gianna, for her academic performance by posting an emotional message as well as a photo of her honorary 8th-grade graduation diploma.

“Congratulations on your 8th-grade graduation Gigi,” Vanessa wrote on her Instagram post. “I love you forever and always.”

Gigi died in a tragic helicopter accident alongside her basketball superstar Kobe Bryant and 7 others on January 26. She was a student at Harbor Day School in Corona Del Mar, California prior to her death – she was in the middle of her 8th-grade year when the tragedy took place.

The school decided to honour “Gianna Maria-Onoré Bryant” with an honorary diploma and Vanessa was definitely moved by the heartwarming gesture.

“I’m so proud of you,” Vanessa further wrote.

Gigi was actually an exceptional basketball player who takes from her father – she was gunning to make it one day to the WNBA. Her school eventually retired her #2 jersey at a memorial ceremony back in February.