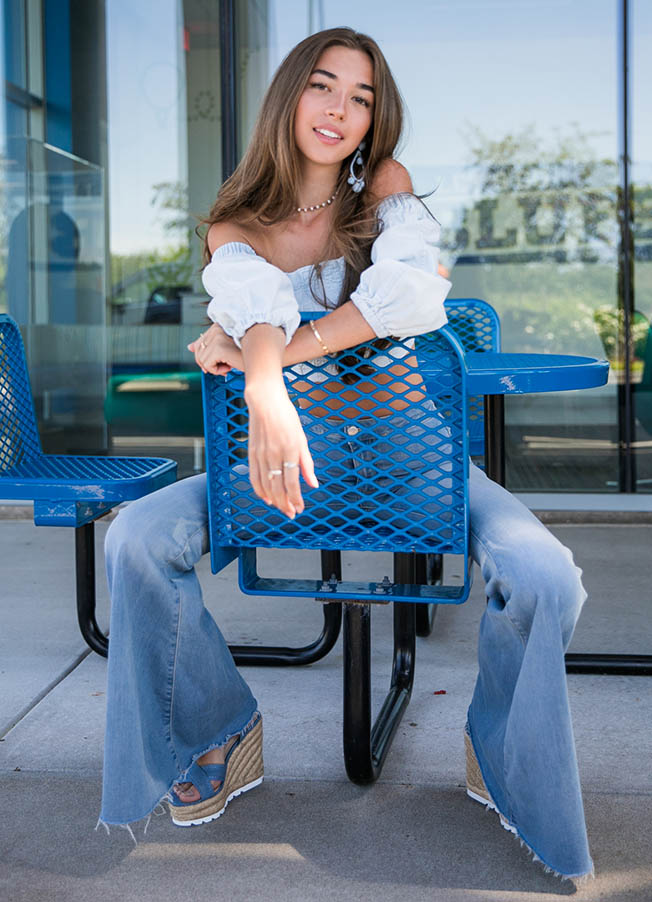 Evanthia “Evie” Jessica Theodorou is an actress on the rise. Evie’s given name Evanthia actually means “beautiful flower” in the Greek language. Evie still remembers her first professional photo shoot at a mere five years of age when she told her parents that her future ambition was to be on camera. Now at 16, you will find her in her very first web series called Nancy Mindy, where Evie is captivating in this production (release date to be confirmed). In addition to her acting career, Evie is working hard refining her vocals as she just recorded her first EP. Her song “Somewhere” from her EP has been released with BRAT Records on October 25. Being a songwriter has also been something she has a passion for as she co-wrote her new EP. In her free time, she keeps herself busy playing guitar and piano and continuing to work hard at her crafts. You will also catch her modeling year-round for several designers on the runway in New York for the New York Fashion Week Style week. In addition to this, Evie also happens to be a massive TikTok star as well. Best known for her evie_t04 account, her popularity on the platform led to her amassing more than 250,000 followers.

StarCentral Magazine recently caught up with Evie to discuss her journey in the entertainment industry and here’s what went down:

My full name is Evanthia. I’m a singer, songwriter, actress, dancer, and model. I’m from the Midwest. I love boating, painting, and baking in my spare time. I also love to travel. My favorite two places that I have been so far are Hawaii and Greece.

I was just five years old and told my parents that I wanted to be on TV. Fast forward to 16 and now I’m living in LA working on my dreams!

Being able to portray that character, making them come to life. That’s when all the magic begins.

Can you tell us about your role in Nancy Mindy?

She is a witty, smart, and ambitious teen trying to make something of herself. She is very relatable and fun. 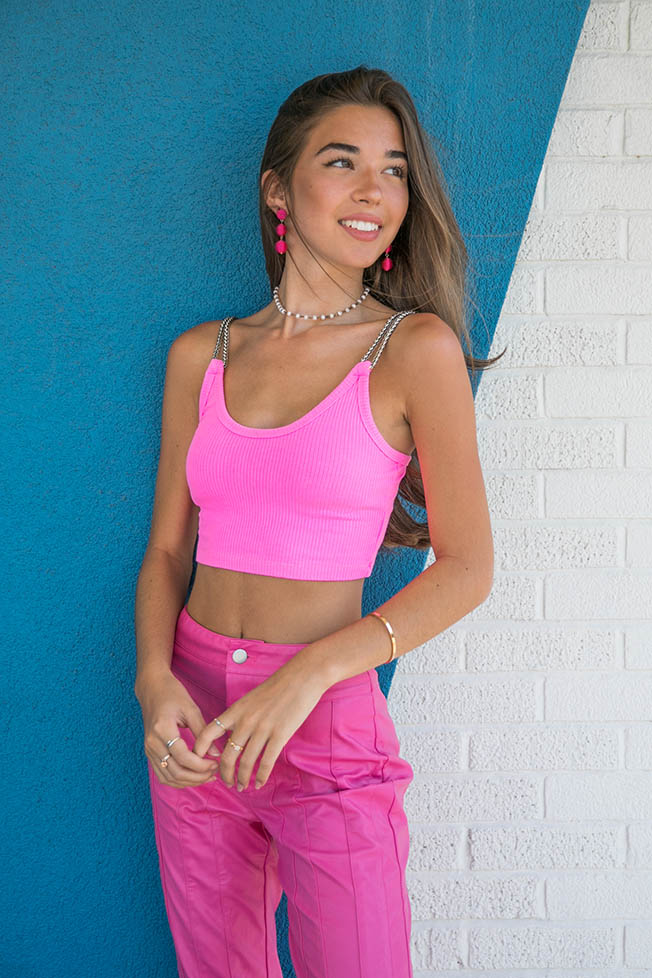 It’s honestly for all ages or personalities. But if I had to put a person it would be a teen girl. A teen that might be searching to make a change in her life but might be afraid to do it. Or even a teen that is looking for someone to inspire them to take that step.

She is like me in that she has a super real fun side to her. I love comedy and making people laugh. She is different from me in that we have a different family life, she also has different dreams than I do.

I would say the biggest challenge would be how Nancy articulates her speech and is a very fast talker. I actually went to articulation training to help me with this. It was so much fun.

Ooh… that’s hard, there are so many talented actresses out there. If Reese Witherspoon was a teen, she would be fun to see transform into this character.

I know everyone will love Moreen Moore. She is the CEO of her company. She is smart, strong, and very ambitious! She carries herself in a way that everyone respects her. I love that about her.

Moreen Moore for sure. She really portrays what it’s like to be respected as a woman and as a CEO. She is incredible.

Writing and recording my own music. I just released a song with BRAT TV and you can catch it on their new series called “Crazy Fast.’ 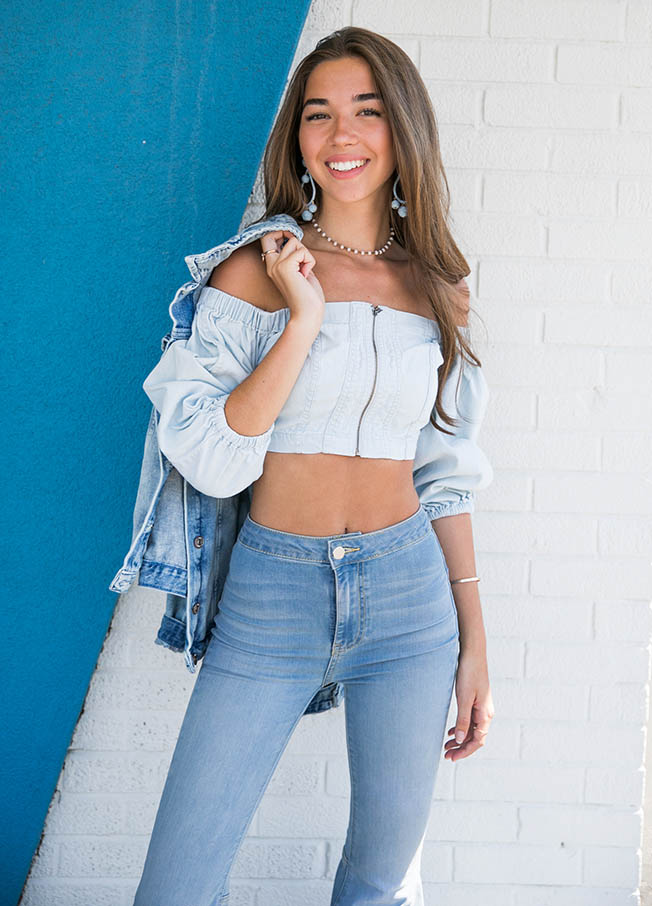 I have met so many amazing people. From people on the set to mentors to new friends. I love what I do and look forward to new things every day. I think for me the most interesting people have been my mentors and coaches.

I’m pretty active although I don’t let it consume my every minute. I spend most of my days studying, practicing my voice, guitar, and scenes from classes or auditions.

Probably TikTok, it’s so fun to make the videos and I love watching some of the comedic ones from others. I think it’s a lot easier to connect with my fans with this app.

I still have two years of high school left and then college. I will continue to work on my music and I would love to go on tour! Hopefully, my EP will be out later this year. My EP will show more about me and who I am as an artist.