Rising Stars To Watch Out For In 2020: Meet The Talented Kacey Fifield 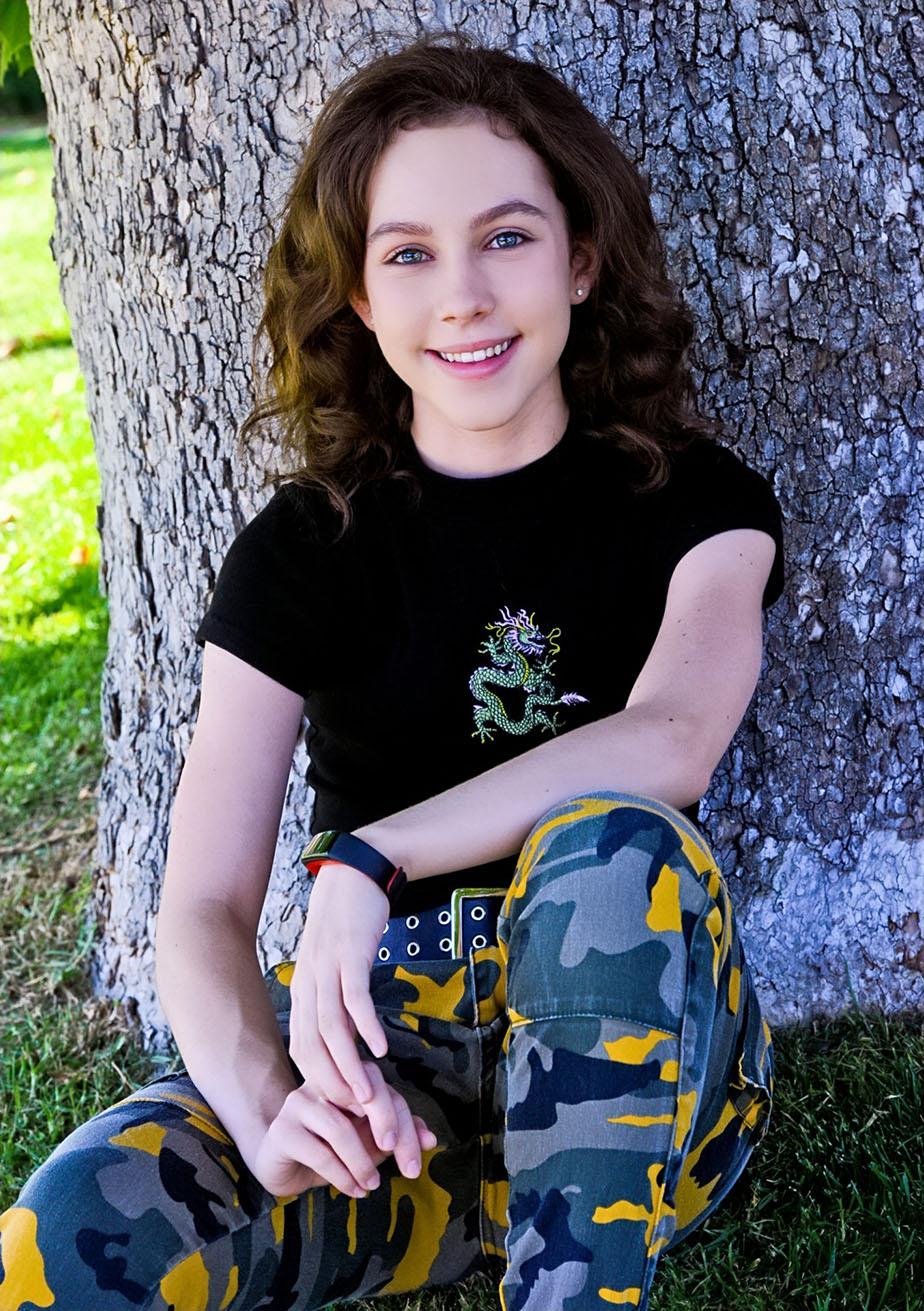 Kacey Fifield is an actress, musician, and influencer with over 150,000 followers on Instagram. She is best known for her series regular role on Nickelodeon’s “React To That” and “Kids React” series on YouTube. Her other notable credits include roles in Nickelodeon’s “Game Shakers” where she plays Karissa. She also has recurring roles on several TV series including “Clique Wars,” “People vs Food,” “Dianne,” “Jerry and Friends,” “Try Not To Smile or Laugh,” “Opinions” and “Advice.” Kacey is a singer/songwriter and at the young age of 14 she has already written and released over a dozen original songs – most recently “We Are The Stars” and “Listen To The Silence.” Kacey’s songs have played on over 60 radio stations and her original music video for “Hear Me Out” has been recognised and awarded by multiple film festivals. She also co-hosts her own radio show on the Teens of America Radio Network.

StarCentral Magazine recently caught up with Kacey Fifield to discuss her journey in the entertainment industry and here’s what went down (Photo Credit: Albert Ortega):

I’ve loved acting ever since I was very young and I would always enjoy reenacting scenes from my favorite TV shows. I enrolled in an acting class at age 6 and competed at the IMTA competition in New York when I was 8. After receiving some awards at the competition, I became motivated to pursue my career in the industry and moved to LA to test the waters for a few months but then I ended up staying here. I began voice lessons at age 10 but, like acting, I had always loved singing. After I released my first original single, “When I Grow Up,” the rest you can say is history. I love to sing, write songs, and act, but I also have many other interests.

I love the opportunity to take on the role of another person and infuse a bit of myself into my character. There are so many different roles and it’s super fun to make each one unique.

It really depends on the genre. I absolutely love comedies because they allow me to have fun with my role and make people laugh. Acting in a dramatic role is much different, however. Subtlety is vital and I often have to realistically portray emotions through serious events. Drama is a bit more difficult for me because comedy comes more naturally, but I love both.

I can often overthink certain aspects of a scene, at which point they become less genuine and more rehearsed. I get around this by doing the scene how I would do it in my own shoes then adding in elements of the character.

I feel like I have good comedic timing and I have the ability to be both super energetic and toned down. I pay attention to the nuances and details of each scene and make sure to stay in character through my reactions and tone. I can also memorize scripts pretty fast.

Each director has different advice to give. Some great advice for actors is to make each character your own. Make unique choices with the scene and always be prepared. When you’re on set, a whole team of cast and crew are counting on you, so you need to make sure you put your best foot forward. 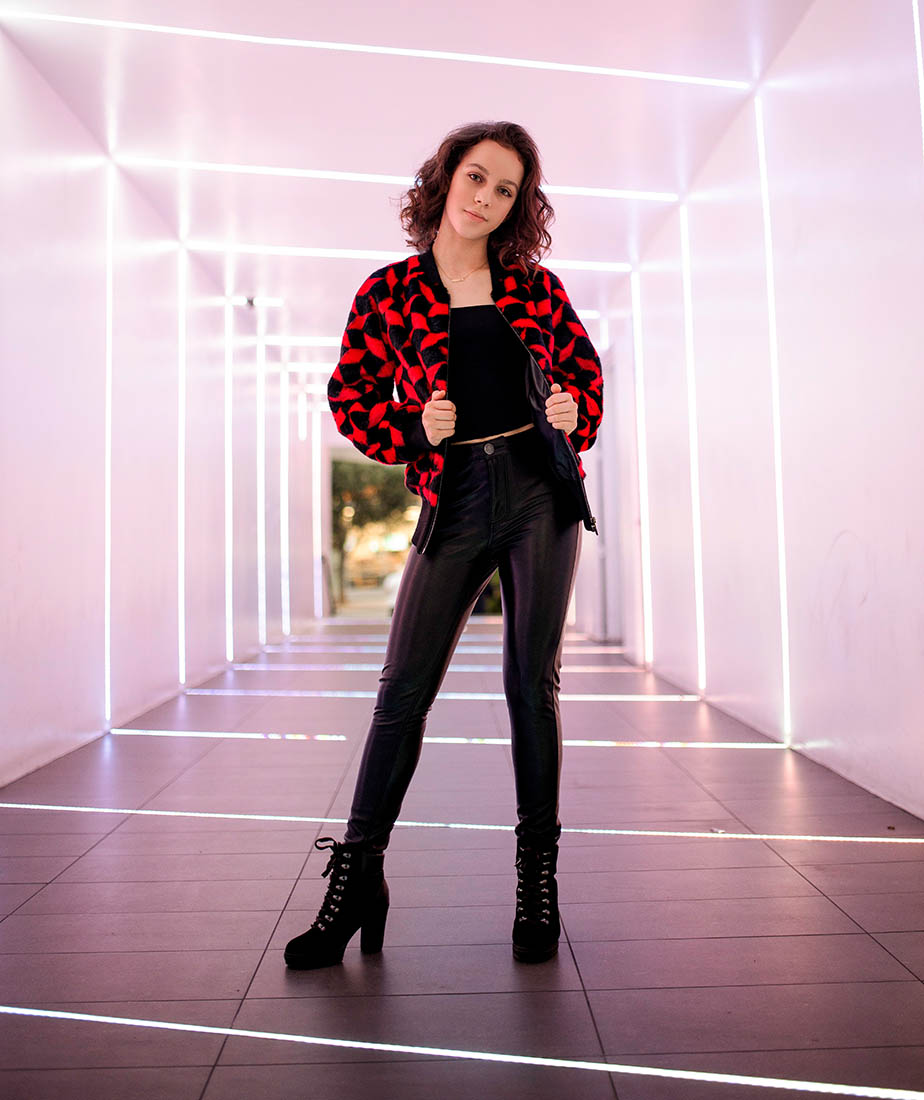 There’s a lot of rejection in the industry and it can get discouraging. We all work really hard on each audition so it can be tough when it seems like you’re not getting anywhere. It’s super important to remember that there are so many factors that casting directors have to consider. Not getting a part doesn’t mean you are bad at it. It might mean that you don’t look like the actors who were cast as your parents or that you look too similar to an actor they’ve cast as your friend. Each audition is a learning experience and even if you don’t get cast for this particular part, casting directors will remember you for future roles if you leave an impression.

Sometimes it’s hard to make transitional scenes interesting. A lot of the time, there are scenes specifically for the audience to get some more information and to move the plot along and these scenes are usually simple. It can be tough to make simple scenes interesting but it’s still very possible through tone, voice inflection, facial expression, and movement! I like to experiment with a few different ways of delivering the scene to see which way I like best.

I love singing and writing songs! I have over ten original singles out on all digital outlets. I play guitar and piano as well as sing. My newest single “Confidential” was just released at the end of June.

In my high school, I’m involved in the track team as well as the speech and debate team. I’m also the president of the Children’s Hospital Aid Club and I volunteer with various organizations. In addition to tutoring my high school peers, I volunteer at a middle school to mentor younger students. I’m a huge advocate for animal rights as well! I’m on the Youth Leadership Council for Farm Sanctuary, I volunteer with the ASPCA, and I foster kittens for our animal shelter.

My music video for my original single “Hear Me Out” was nominated for the best music video in Dances with Films festival and it was screened at the Chinese Theatre in Hollywood. It was pretty amazing to get the nomination and see my music video on the big screen.

I’ve met so many incredible people on set, it’s impossible to choose. I’ve worked with amazing actors and talked to so many interesting people with stories to tell.

Hopefully, I’d be able to play myself since I’m an actress (laughs). If this film were made far into the future, however, I’d have to be played by a young brown-haired, blue-eyed girl with a whole lot of determination! 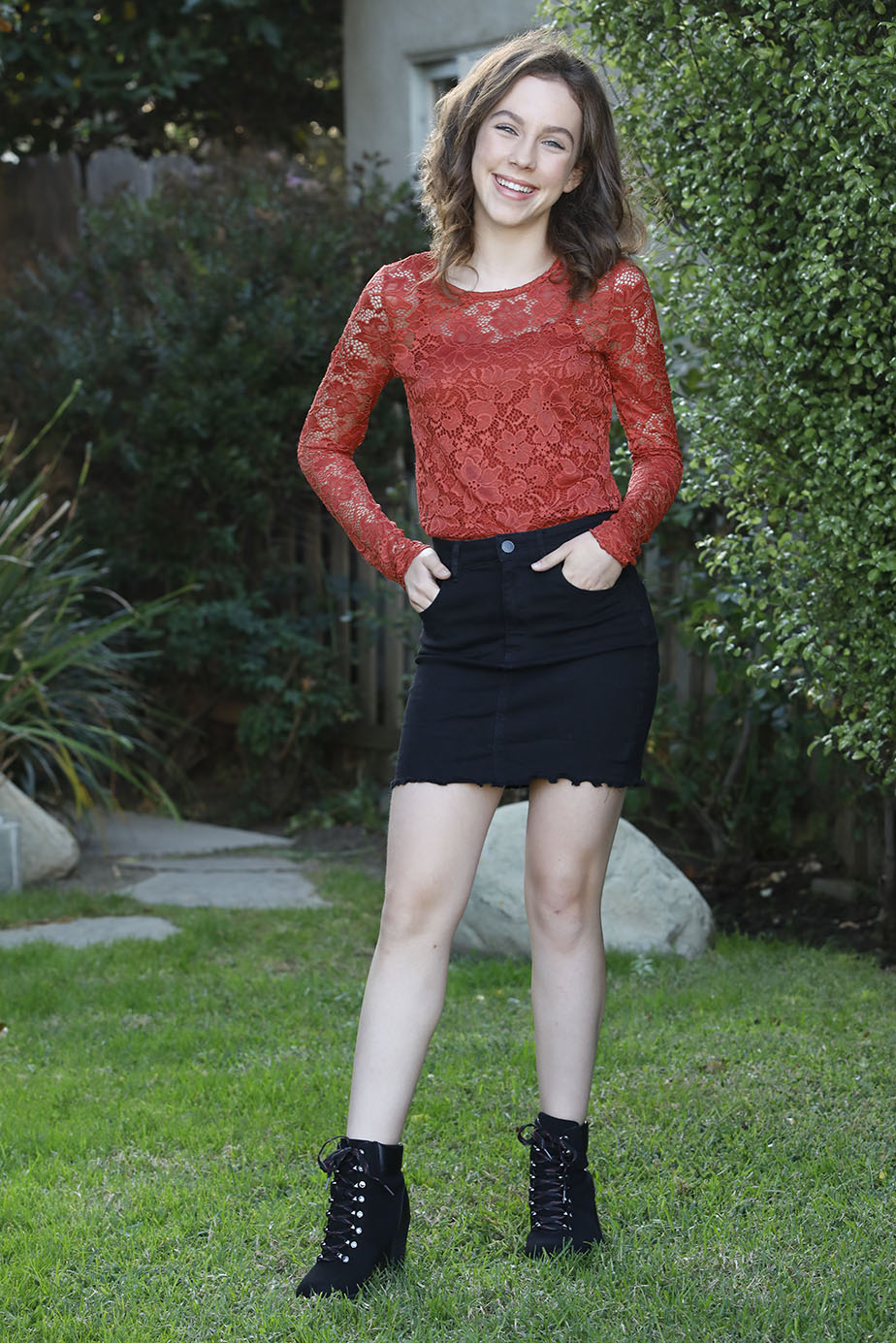 Short term, I’m working on two new original singles and a bunch of covers as well as auditioning for a couple of roles (virtually, of course). If we’re talking long term, I love filmmaking and screenwriting. I write my own feature film scripts and would love to produce one someday. I’m also very interested in the field of business and entrepreneurship as well as law and advocacy. I hope to also start my own nonprofit organization. Who knows what the future has in store?

What do you consider beautiful and why? Earth and the animals that inhabit it.

What haven’t you done yet that you wish you could? Parasailing

Complete this sentence: “If I had no fear, I’d…” Go skydiving

What is the one “flaw” you wouldn’t change about yourself? My stubbornness