Rising Stars To Watch Out For In 2020: Meet The Amazing SHAB 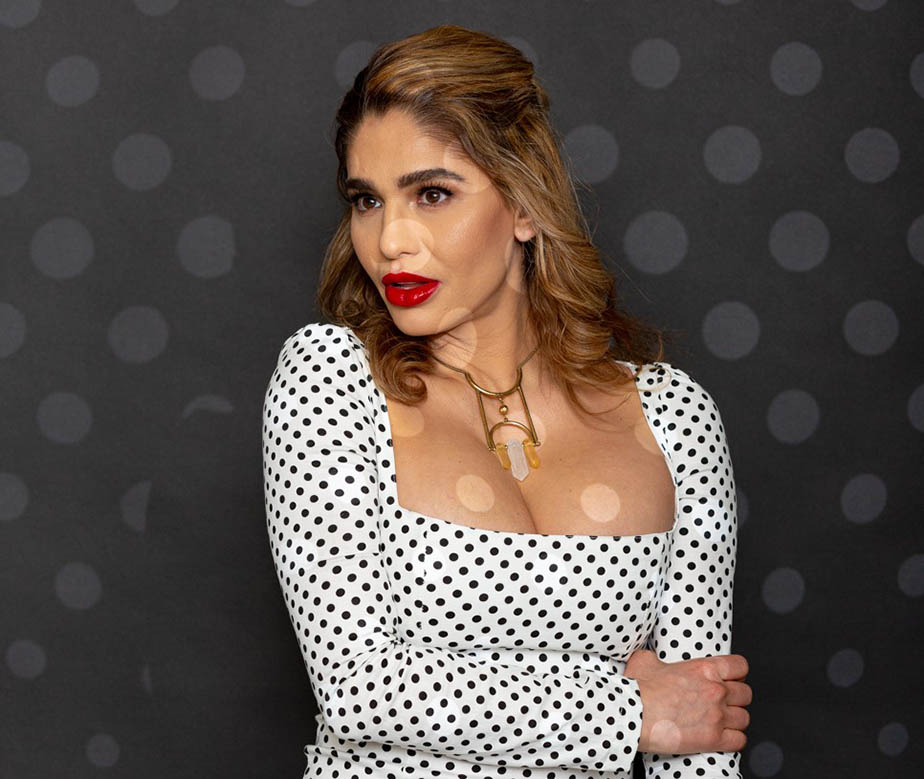 Famed music artist SHAB, whose indie-pop music mixed with drops of Persian and Latin rhythms is the sound of a new voice via the disco ode to female wildness with lead-off single “Spell On Me.” Through her rhapsodic lyrics, this Iranian refugee (now based in Dallas, TX) and mother of two has captured the attention of girls across Iran and now sets her eyes on America.

The mesmerizing pop-leaning “Spell On Me” single was helmed by Grammy-winning producer Damon Sharpe, who is known for his work producing Ariana Grande, Jennifer Lopez, and more. Featuring a steady stream of feel-good hooks, SHAB draws on her own romantic torment, crafting raw lyrics to her lover and heartfelt reflections on surrendering herself to intimacy. Through power ballads and dance floor anthems with the upcoming album, SHAB harnesses anguish and devotion, as she traces journeys of femme. This mother of two has spent the last few years gaining a loyal fanbase around the world, establishing herself as a pop goddess with purpose. Growing up the youngest of 13 brothers and sisters in Iran, SHAB listened to a steady stream of local and western music and reveled in dance parties with her siblings. Music, family, and home became her protected sanctuary. Following the passing of SHAB’s father, SHAB’s mother over a period of years brought her entire family to America for a better life. SHAB made the trans-Atlantic trip by herself at age 14 with only a single small suitcase and American high school awaiting.

SHAB’s “Spell on Me” music video alternates between playful and surreal. An eclectic mix of sounds rings throughout her new album as she opts for a mix of urban tilting songs, pop ballads, and dance-inducing knockouts. She combines and energizes familiar dance-pop sounds to make music worth getting lost in. With effortlessly huge choruses and distinct yet unpredictable vocals that are eccentric in the purest of pop sense. SHAB delivers a kaleidoscope of sound that goes hand-in-hand with the lyrics.

StarCentral Magazine recently caught up with SHAB to discuss her journey in the music industry and her latest project and here’s what went down:

Interestingly, I didn’t get discovered in the traditional sense that you mention. I come from a musically inclined family and my brother Shahab for a number of years has been a concert performer catering to the Persian American community in the United States. It was as a result of my brother’s success that I became inspired to follow his lead and pursue my dream.

It is always a joyous experience to lift one’s voice in song — as well as a fulfilling manner of expressing one’s self. And it is the coolest feeling ever to know that people actually look forward to enjoying my work and performance.

Can you tell us about your song “Spell on Me?”

Spell On Me is a song about the complexities of love and attraction – the sense of being empowered and enslaved all at the same time.

What sort of person is going to love your album?

I haven’t released an English language album previously, so I’m not entirely sure as to who will comprise my audience. My guess is that people who like dance music or high-energy Power Pop will naturally favor my work.

But there’s one thing that I can promise you: people who dislike melodies with a positive and optimistic viewpoint are absolutely going to hate this album.

Many things actually spur my creativity, with catalysts as mundane as everyday life. Our human experience is largely shared: and I have always felt that the things which leave an impression on me in my daily course will probably strike a chord with others. But my kids and family are my greatest sources of inspiration.

For me, it’s often no more than making a conscious attempt to clear my mind. I am a huge devotee of meditation practice as it helps with my personal balance and gratitude.

But then again, a burst of creativity might blossom from a normal interaction that births an extraordinary insight.

I try to remain positive in all my messaging. Our society is currently plagued by such strife and division – and I kind of think that most people have had more than their fill of such acrimony and bitterness.

One can almost think of my music in analogy to the random acts of kindness that we all sometimes perform in our daily lives. If I can better one person’s day as a result of having enjoyed one of my songs, I’ll take it.

But ultimately what we are doing here is Pop Music: we’re not trying to save the world, right?

Given that I am right now in West Hollywood during a week of shooting the videos to support my next two singles, I would have to say that making my first English language music video for Spell On Me with director Eli Sokhn was clearly a special day.

It was great to be able to work with Eli – he is so passionate & energetic — and his superb team, which made a music video that has clearly gotten some attention for the cause. 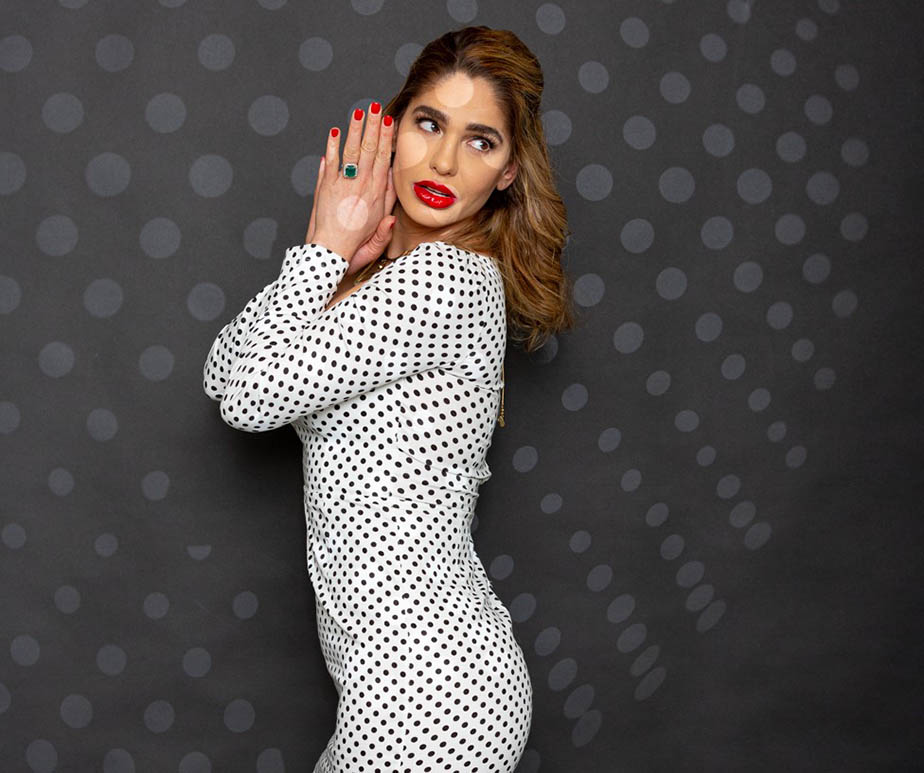 I often find myself uninspired or having difficulty getting the creative juices flowing. A Writer’s Block can arise from the reality that I’m feeling drained or having some stress in my daily life, but these periods usually do not last long.

I guess that the better way of answering the question is to simply comment that I seem to be most creative when I find myself in a terrific state of gratitude. And I am incredibly grateful for my country, my family, and my career.

On a personal level, my mother, clearly, has been the greatest influence of my life. She is a woman who immigrated to this country as a widow with 13 children and some suitcases — and steadfastly carved out a comfortable life for our family while raising a family of thirteen.
But if you are speaking of musical influences, I find myself stirred by several artists, including most prominently Dua Lipa, Jess Ware, and the new group that has broken onto the scene over the past couple years, The XX. I find all of them amazing and would love to meet them one day or even collaborate with them.

You know, I have been previously asked that question and really can’t remember the answer that I gave: not that my answer at that time was a toss-away reply, but rather due to the fact that for me it becomes a Chicken Or The Egg? question.

From time to time, I find myself changing my answer to that riddle, depending upon my mood and recent experiences.

During this present week – as I’ve been working my butt off in Los Angeles — I would probably say that I chose my pursuit of this passion.

But next week back in Dallas — when I will be itching to get back to work — I may think differently!

I very much enjoy being in a position of service to others. Whether in a commercial context or one’s personal life, we too often forget that the ability to brighten another person’s day simply through human interaction is a blessing of the highest order.

Along those lines, I guess that I easily could have used my certification as a yoga instructor to become a teacher or to open up my own wellness center. But strangely, I didn’t get my teaching certification as a yogi with a view to teaching, but rather simply to learn more about the discipline and myself.

As I had referenced earlier, here in Los Angeles this week I have been recording songs with the fabulous Damon Sharpe for our second album, which will be released at some point in 2021. We are also this week shooting the videos to support the next two singles — titled What I Do and Music To My Heart, respectively – and all of which, together with the release of my first album, will be rolling out during the autumn of 2020 and into the New Year. 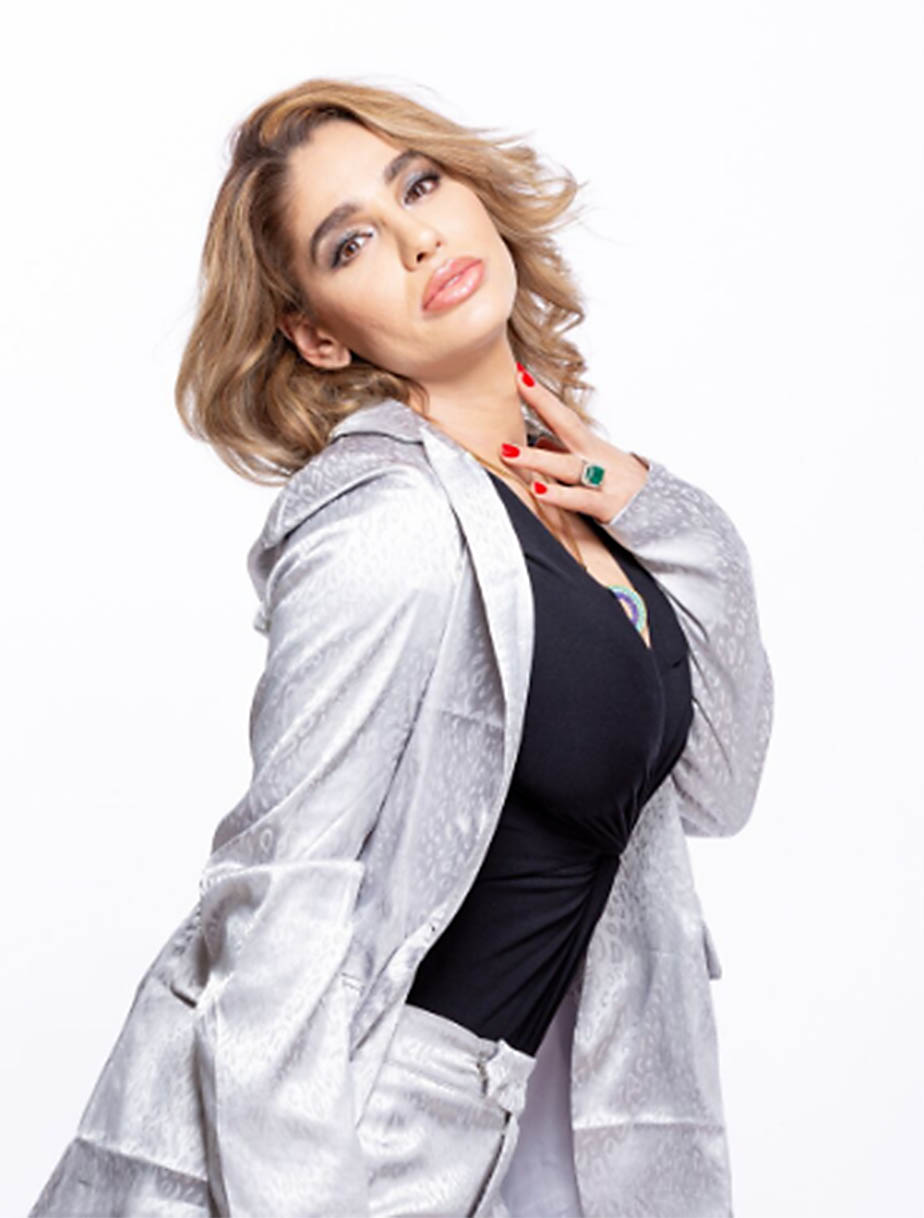 What do you consider beautiful and why? Kindness of all forms. And because we need it at the core of our beings.

What haven’t you done yet that you wish you could? My partner Rob is, among other things, a non-professional but fairly accomplished pilot. And given that I am increasingly flying around with him in our four planes, I am beginning to think that I want to become a pilot myself.

Complete this sentence: “If I had no fear, I’d…” …be free from a world of attachments.”

What is the one “flaw” you wouldn’t change about yourself? My partner always says that when he is trying to find me in a crowded room of people, he always points his radar to the loudest, semi-obnoxious laugh in the room. That’s me, for sure — and I wouldn’t change it for the world.