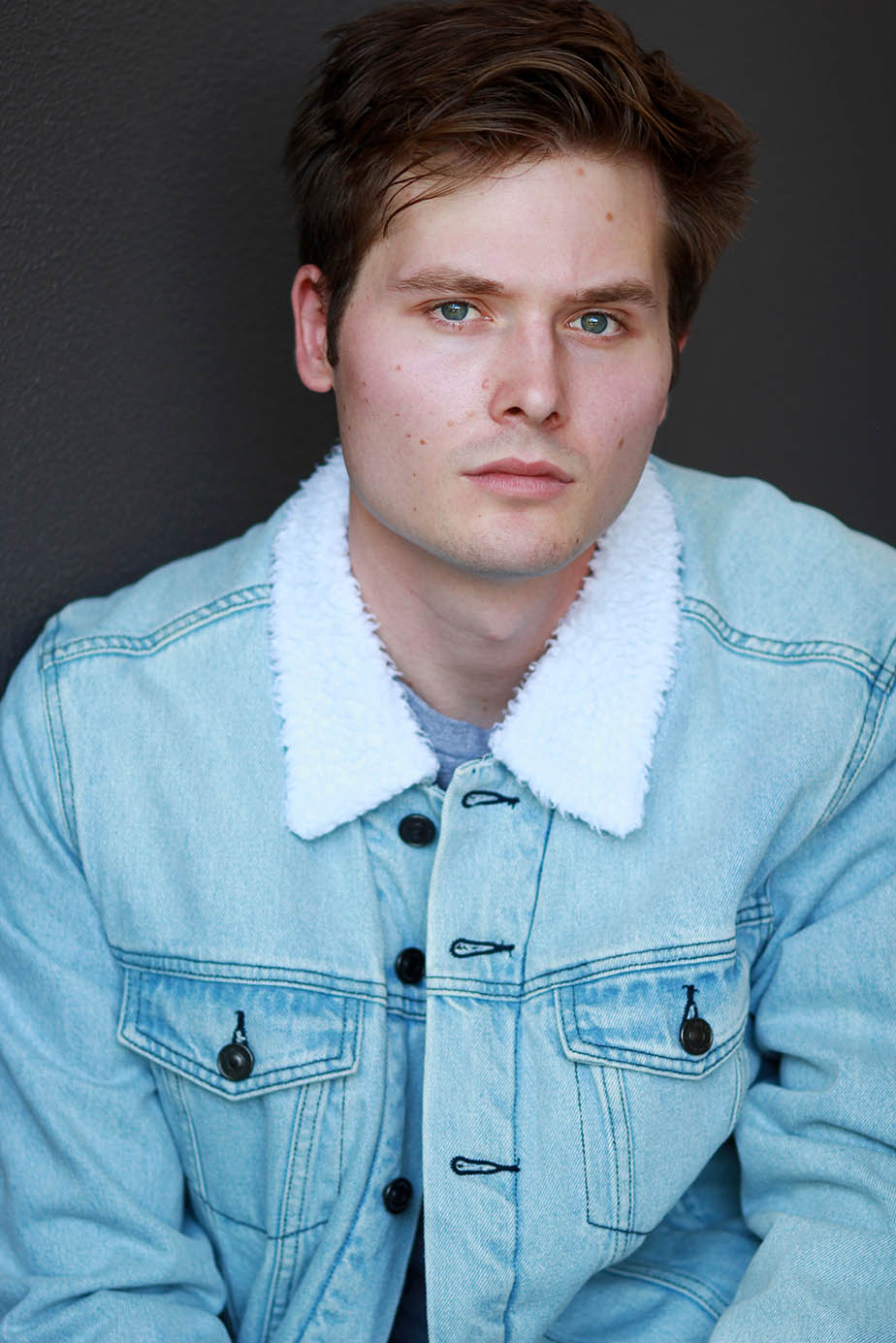 Dylan Stumer is an up and coming actor who’s definitely on the rise. His recent leading role credits include playing Daniel in “Daniel’s Killer Birthday”, playing Kay in “I’m Your Fool” and playing Lucas in “The Last Day”. Dylan has also been doing stunt work for various films, even recently completing stunt-heavy roles in “Just Like You” and “Primal.” He has been working a lot with professional stunt coordinators to legitimise his action sequences and he’s also constantly expanding his skill set. A consummate professional, he receives ongoing coaching to ensure his talents are continually improving and always remains relevant. In fact, he has been training with acting coach Kristina Sexton, as well as with dialect coach (US Accent) Denise Woods to ensure that he is well and truly prepared to take on an international market.

StarCentral Magazine recently caught up with Dylan to discuss his journey in the entertainment industry and here’s what went down:

Thank you for having me! My name is Dylan Stumer, I am an Australian actor. I enjoy beach trips, drive-in cinemas, and walking alpacas. In my spare time, I have been known to over-eat and watch way too much Netflix.

I have always known that acting was something I wanted to do – ever since I watched “Zathura: A Space Adventure” (2005). I was already doing school plays, but the film clicked something in me. I realized I wanted to be involved with something like that – to act and tell stories that help people feel and experience something beyond themselves. I want to take people on adventures; and it doesn’t have to be films like Zathura – I am passionate about creating that feeling and know I can do it with my craft.

Behind the scenes, footage and interviews are also a big driver for me. I am inspired by the passion filmmakers have, and the process of bringing stories to life is something I have been magnetized to for a long time now. The teamwork is amazing; a shared passion for this multi-faceted beast. Everyone comes with their own skill and desire to make something happen. Something great.

I began training in acting so that I could do more with this craft. I have been involved in many short films, music videos, and web series. Its been a full speed dream chase! We have so many amazing film schools right here in South East Queensland and across Australia – and tonnes of filmmakers with a real passion for creativity. It’s beyond incredible. Once I started meeting others with the same passion that’s when the magic happened! Networking; you have to keep in mind. Go to festivals, film events, and more – and get networking! Your next project could be a conversation away. 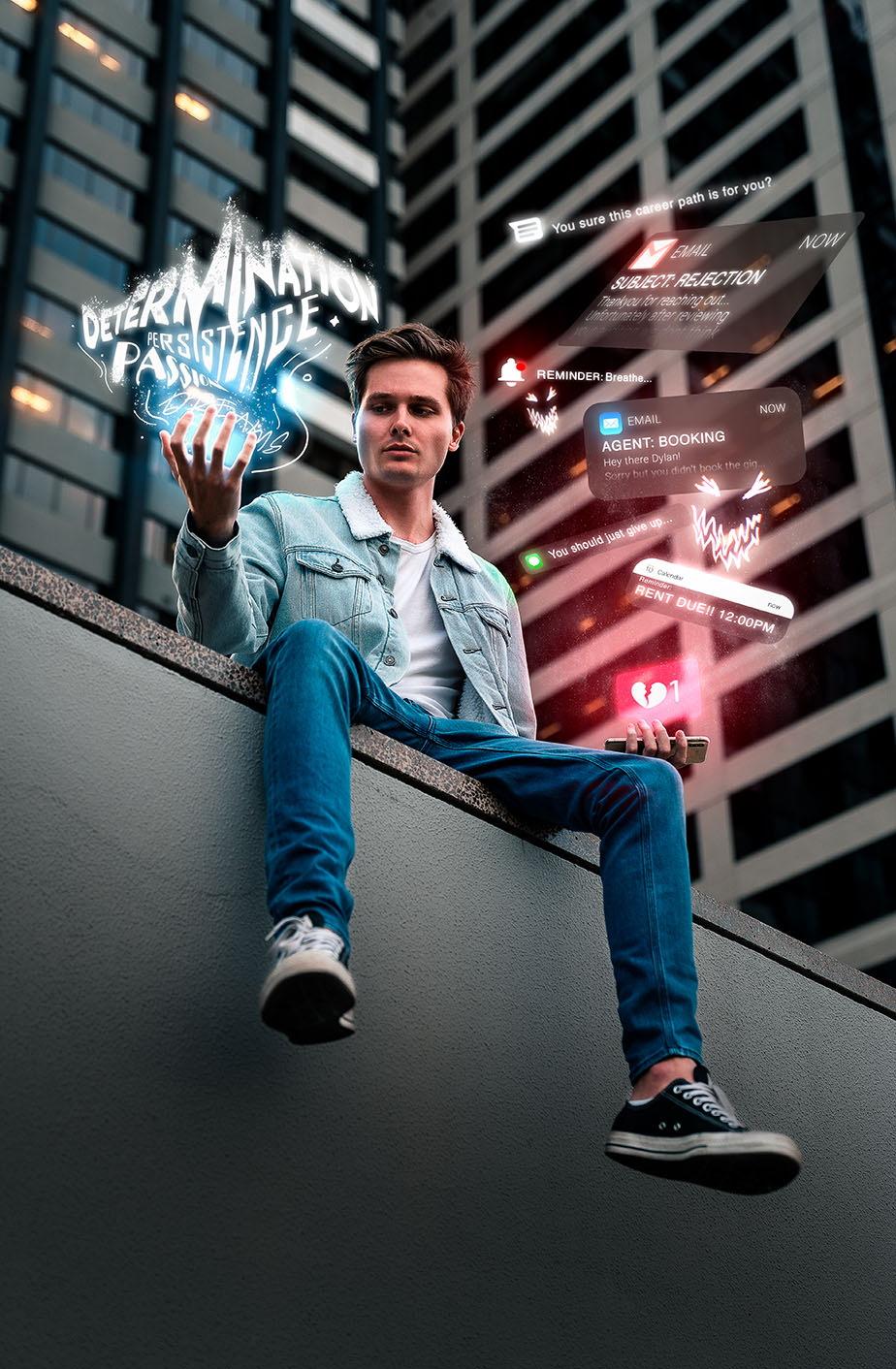 That’s such a hard question! I love every aspect of it. From picking up the script, go-getting on set and feeling intense emotion, to connecting with a character, and with the cast and crew…

When I’m on set and I’m acting – I feel alive. It doesn’t feel like work. But, as I said above – my goal as an actor is to act and tell stories that get audiences to think and feel and experience something beyond themselves. If I’ve achieved that then I’m happy.

I used to get really nervous about going to auditions. I’d get stuck in my head and worry about every detail. It’s only been the past couple months that I’ve been able to overcome this; going to class & auditioning more, and learning to just be myself helped.

Another thing which helped me to be less nervous during auditions was realising that casting directors are really on our side and want to see us do well. Now whenever I go into the audition room, I’m able to think so much more clearly and connect with the character to make the scene come alive. Knowing the bigger picture helps. Its all part of the process. 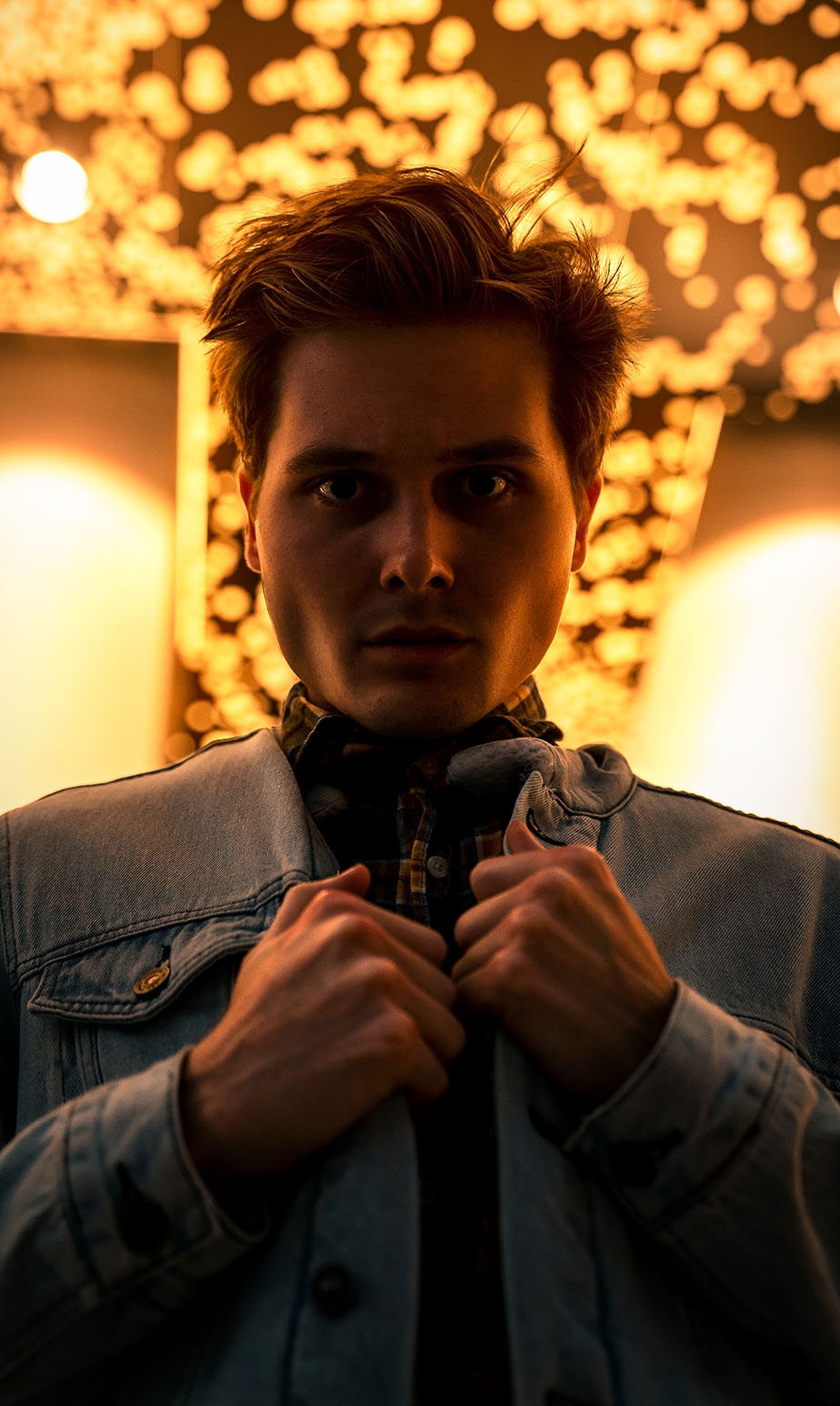 Definitely my ability to take direction and immerse myself into a scene. These are skills I’ve honed in on and prioritized. It takes lots of practice to be able to know what directors want from you as an actor – and how you can provide that extra something that they didn’t know they needed. You have to know how to ask them what they want and understand what they say in reply. Learning how to do this has boosted my confidence tenfold – I can bring my complete self to the role on set, deeply understand the character I’m playing, and move them in whatever way is needed.

Every director is different. They all have their stories to tell, and their motivations and passions. They all have a different way to help you connect with the character and environment to make that picture clear. They are all – in that way – different and useful teachers. I’ve definitely learned something from every director I’ve worked with and appreciate how each has helped me improve my craft. 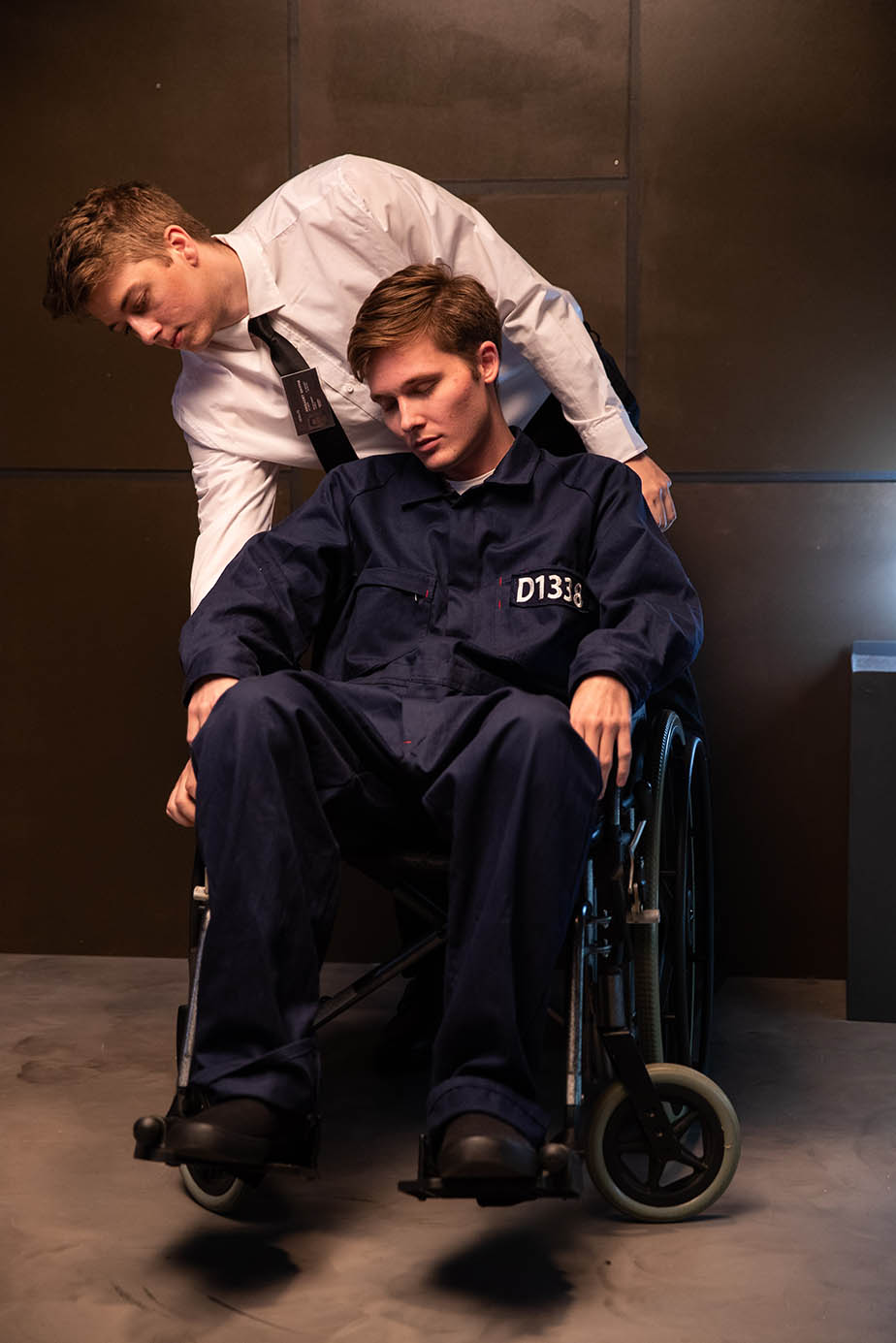 Rejection. Hands down. It’s one of the hardest things actors go through. This industry is so rewarding and incredible to work in but the rejection is constant and intense. You can give an amazing audition but be the wrong height, or the wrong look, or you’re maybe not what the writer imagined for the role. There are hurdles you must jump, and those you can’t jump at all and you have to learn to accept that. Learning to go, audition, and then move on was so difficult. When you feel ‘this is the one’ but it isn’t… that is crushing.

At the end of the day, we’re human and as actors, we should be letting ourselves feel that emotion, that rejection, and learn from it. We’ve also got to not let it affect our mental health – the right role for us is just around the corner.

The most important thing is to ensure you stay passionate and determined, you’ve got this! It’s difficult and it is hard – but, in my opinion, it’s a passion that is worthwhile.

Just the steps it takes to fit into it. You tailor your read to you; you find out its measurements and its dimensions and you become what is needed to be the life in that piece. I always do the first read-through of a script to embrace it, then I get to dissect it. I speak with the director and get all the information I need, then fall into research for characters, music, major events – anything that adds depth and context to my performance and the story. Helping my character reach his full potential involves building his world, so that is exactly what I do. I embrace the journey that my character is taking and the wholeness of the first read. The next step is to understand each scene, my character’s motivations, relationships, and all that.

Everything just falls into place after that. You build a world, translate it for the screen, then do it. Just do it. Get all your tools in the right place and have them on hand – and embrace the role.

I believe every character has a certain amount of yourself in it too; it’s the actor’s job to bring that forward and give it life. I also like to try and fill in the blanks in the character’s life because the plot in the script is set at that point in time. I like to create a backstory, parents, best friends, and favourite food, anything that I can do to make him as real as possible.
After I do all of this if I’m still unsure about something in the script I speak with the director and we break it down even further. 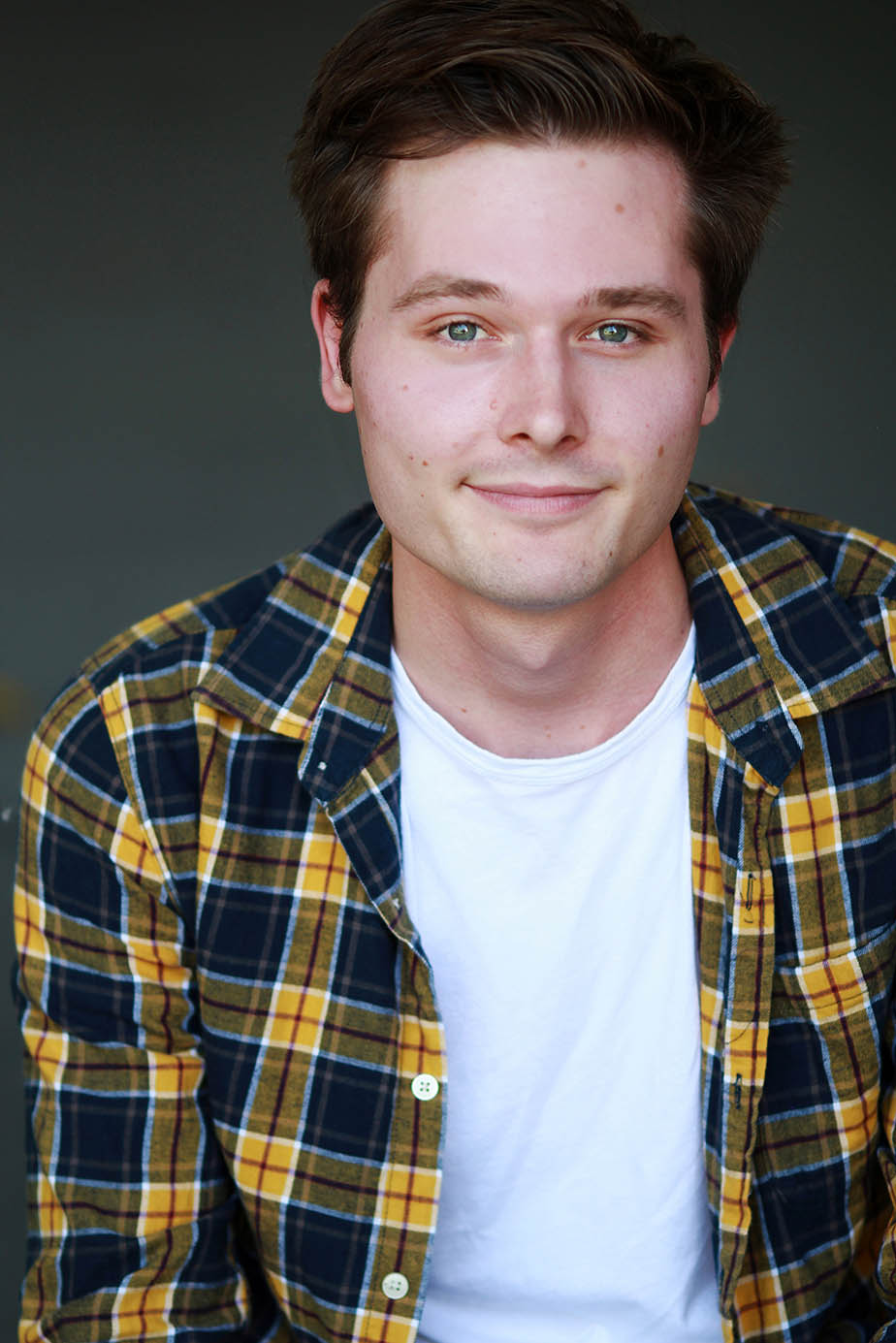 I work and I love living my life. I believe acting is about bringing your emotions, memories, thoughts, and feelings to the table, and that my experiences help me do that. Go have fun, try something you’ve never done and breathe in some fresh air while you’re at it! That’s what I do – and its what I encourage in others. Love the life you are living, and let those experiences breathe into your creative crafts. Chase life. Even the mundane parts where you have to work to pay rent. That’s still an experience. I’m not on camera all the time – but I am living.

That’s a hard one to answer because each set that I work on has its own unique charm. One thing that does come to mind is stunt work. Also, learning Latin for a scene, and even guitar! I had to do that just five minutes before a take. I also love some of the makeup looks. Acting is an awesome career. It is full of good memories.

I have been able to briefly meet Jason Momoa, William Moseley, David Wenham, Dan Fogler & Lochlyn Munro on set, which were awesome experiences.

Good question! I’d have to say it would have to be either Finn Cole, Dylan Minnette, or Skyler Gisondo.

I’m working very hard the next month – I’ve got 3 short and I’m beyond excited to get back onto set and get back to the story-making. I’m also excited to see how the films will be received on the international film festival circuit. I recently won the best actor in the TIFF international film festival in ‘What We Have Seen’ short film, which was an honour. I can’t wait to see what comes after.

My future plan is to branch out to the US and Canadian market – I’d love to work with the creative talent over there and experience the atmosphere, the sets, people, and stories. It’s a journey of growth and I look forward to taking it. 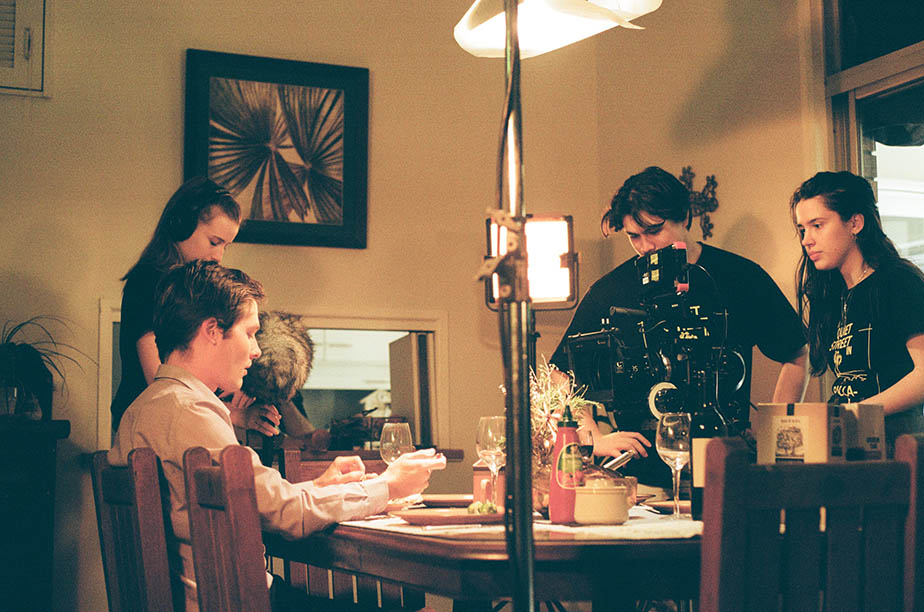 2. What do you consider beautiful and why? The older generation since they have so many lived experiences to share.

3. What haven’t you done yet that you wish you could?  Travel to the US.

4. Complete this sentence: “If I had no fear, I’d…” Ride more rollercoasters.

5. What is the one “flaw” you wouldn’t change about yourself? – I’m an extremely fast eater…but that only helps me to get to dessert quicker.