Emerging Actor To Watch Out For In 2021: The Beautiful Ella Mika 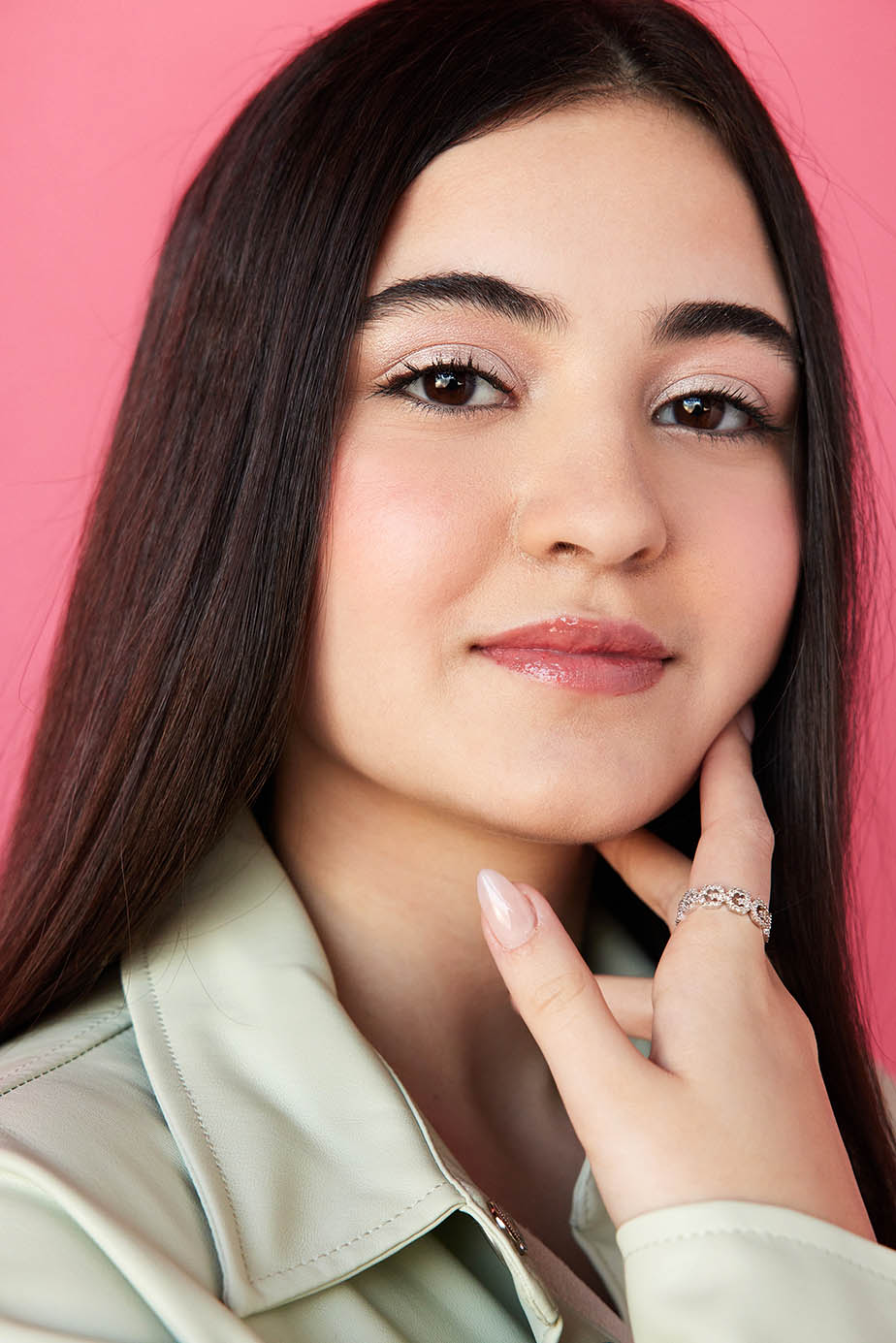 Armenian actress and superstar in the making Ella Mika (BIRDS OF PREY: HARLEY QUINN) stars in the sure-to-be-hit comedy TBS’ “CHAD” which airs Tuesdays at 10:30/9:30c. Premiering to 1.9 million viewers, THEWRAP.COM declared “CHAD” the top-rated cable scripted comedy of 2021. “CHAD” and features SNL alum, Nasim Pedrad who created, wrote, and executive produced the show. Ella stars as “Niki”, ‘Chad’s’ younger, popular sister, that often bickers with her dorky brother at school and in family settings. ‘Chad’ (Nasim Pedrad) is on a mission to become popular using every trick in the book, all while the two endure their mother’s new dating life and reconcile with cultural identity.

StarCentral Magazine recently caught up with Ella to discuss her journey in the industry and here’s what went down:

Sure! I was in fourth grade when I had seriously gotten into the entertainment industry. Before that, I would always be the lead in school plays, concerts, and other small performances so that was great practice for me before I really got into the industry. My dad also used to be an actor and oftentimes, I would go backstage with him to see what the process was like. Seeing how much fun the actors had and how interesting their days went by was what really intrigued me and pushed me to become serious about acting.

I like that no one day is the same when it comes to acting. The work schedule is not like a regular 9-5 job which I love so much. There are so many different types of roles and you get to choose what types of projects and roles you want to audition for so if you do get the part, it is so much more enjoyable than a usual job. I also love that actors and actresses are able to influence large amounts of people with their work and become role models for younger children. It just brings me so much joy knowing that I made even a few peoples’ days with my work and was able to bring to them some entertainment.

I’m a serious person so, in some situations, I take things very seriously when sometimes it’s better to loosen up and go with the flow. This has been the case for a lot of comedies as improv is usually involved. Working on my tv show “CHAD” has been a great opportunity for me to practice my improv skills and have more fun as I’m filming. During the audition process, I tried brushing up on my improv by going to improv conventions, classes, and training. Working on “CHAD” was also great practice for me and I’m so glad to say that I ended filming with much more improvement in those areas. 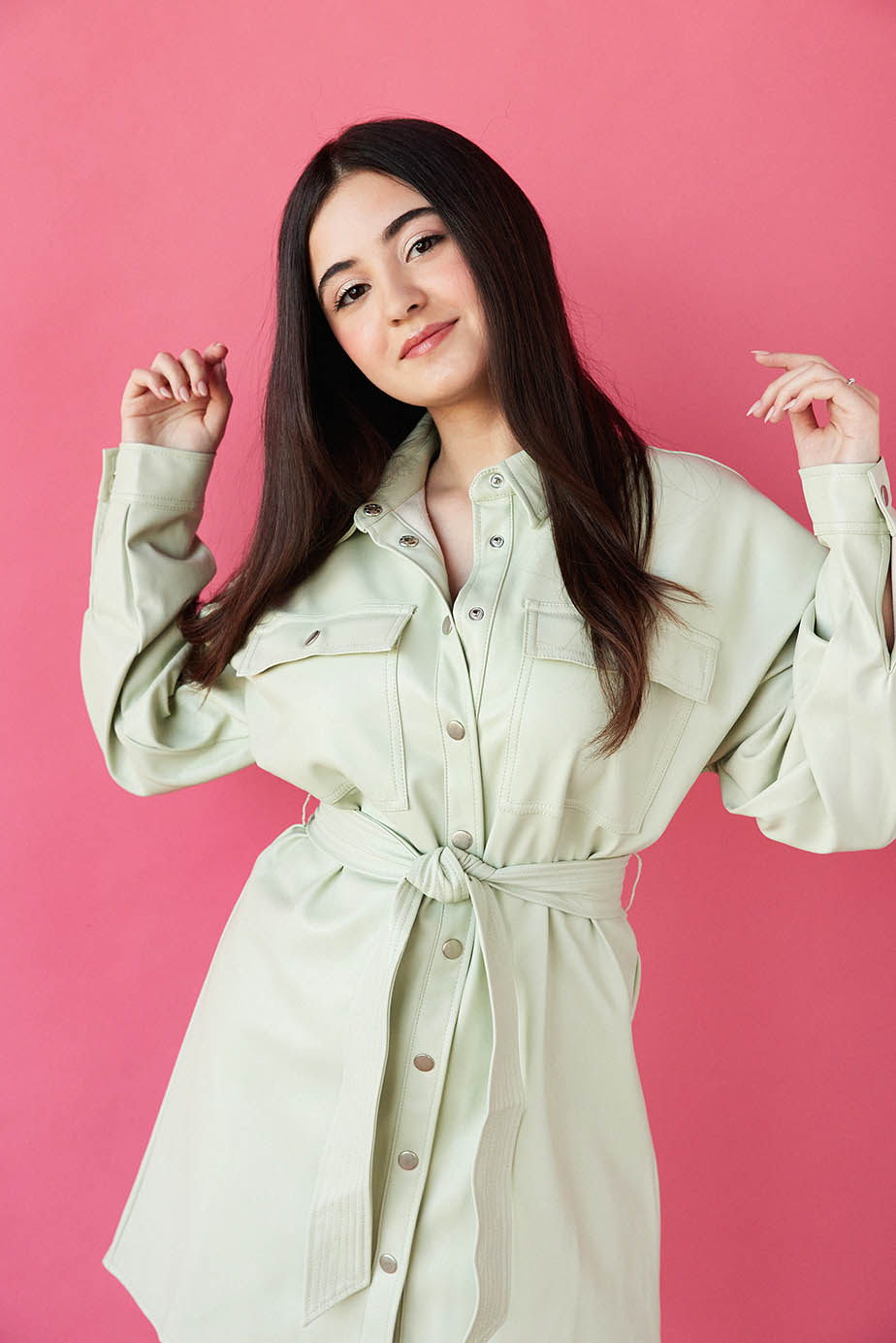 I’m a relatively emotional person inside, so really connecting with my character is one of my strong points. I’m also able to create situations in my head from almost any personal experiences to help for a scene or emotional part of a character which makes it look a lot more natural.

Diversity is a huge difficulty in the acting business, more in the past years than now. A lot of roles are picky on the physical appearance of the actor and what ethnicity or race they must look at. In the past, there also weren’t very many people that were represented in the industry but I’m glad there has been a lot of improvement in that area now. There’s also a lot of rejection and competition in the acting business. You can go through so many auditions and truly do everything you can to make it great yet still not get a callback for several reasons. It’s very intimidating to sit in a waiting room and look at all the other people that are basically against you and think about all the others that will be auditioned later on as well. Getting a role can be a very long process which is why I think a lot of people quit halfway.

Sometimes, things written in a script seem perfect until you get to the scene and try to bring it to life. A lot of the time when bringing a script to life, you may film a scene that’s written and then have everyone realize that it doesn’t look like it was imagined in the script or that it didn’t go well with the rest of the scenes. Different people also may have different viewings of different characters so sometimes ideas clash between people like the actors, directors, writers, and producers. Taking what’s written on paper and trying to bring it to life is so complicated because of all the different parts to it.

The most memorable experience of my career so far has been filming Birds of Prey as I had so many first experiences during it. I got to do crossbow training, had fake blood splattered on me, and met Margot Robbie who is one of my idols so it was definitely a very memorable experience. I would also say filming “CHAD” has been so very memorable. Filming the pilot in Vancouver was such an experience and we had so much fun bonding with all the cast as well as making memories there while we weren’t filming such as riding bikes around the coast, walking all throughout downtown, and so on. Filming the rest of the season in Portland, Oregon was also so memorable because of all the things I experienced there. The weather was much different from California weather so oftentimes on set we had thick jackets on and hand warmers which are something I have never had to do. We also had a much stronger bond with the main cast than we did before so we shared a lot of fun moments together. We had super fun off-set moments like when I went out for ice cream with Alexa Loo, having ice cream and lunch with Paul, Saba, and her family, and so much more. I couldn’t be more thankful for those experiences. 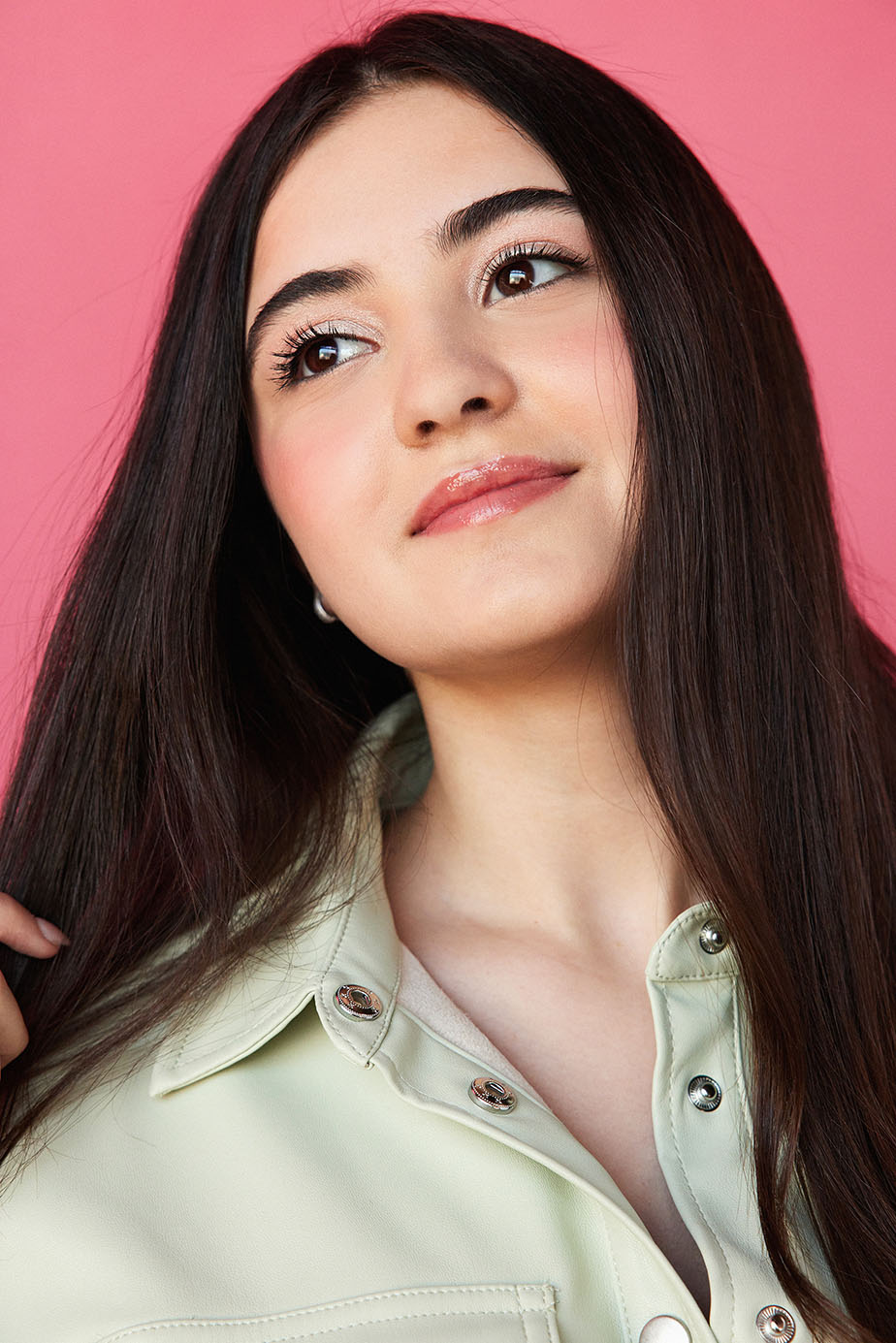 The cast and crew of my new show “CHAD” have been such fun and interesting people and I think it greatly affected how the series turned out. Nasim Pedrad is such a talented and amazing actress who not only acted but also wrote, developed, and was an executive producer for “CHAD”. She is such an interesting person to get to know and I’m so glad I got to spend time with her while filming. The rest of the cast and crew were also so funny, sweet, and interesting and everyone was full of stories and life.

I don’t really know of anyone that looks a lot like me but possibly Lily Rose Depp if she had a wig on or dyed her hair brown.

I plan to start my own business, although I’m not sure what it would be yet. I’d love to continue being an actress and maybe at one point get into directing or writing.

2. What do you consider beautiful and why? I consider life beautiful because of how imperfect yet perfect it is.

3. What haven’t you done yet that you wish you could? I have not skydived so I really want to do that as soon as I’m old enough.

4. Complete this sentence: “If I had no fear, I’d…” Walk in the jungles of Hawaii in the middle of the night and stay awake to watch the sunrise in the jungle.