Meet The Rising Star Behind The Latest Issue Of StarCentral Magazine: The Beautiful Kristin Venae 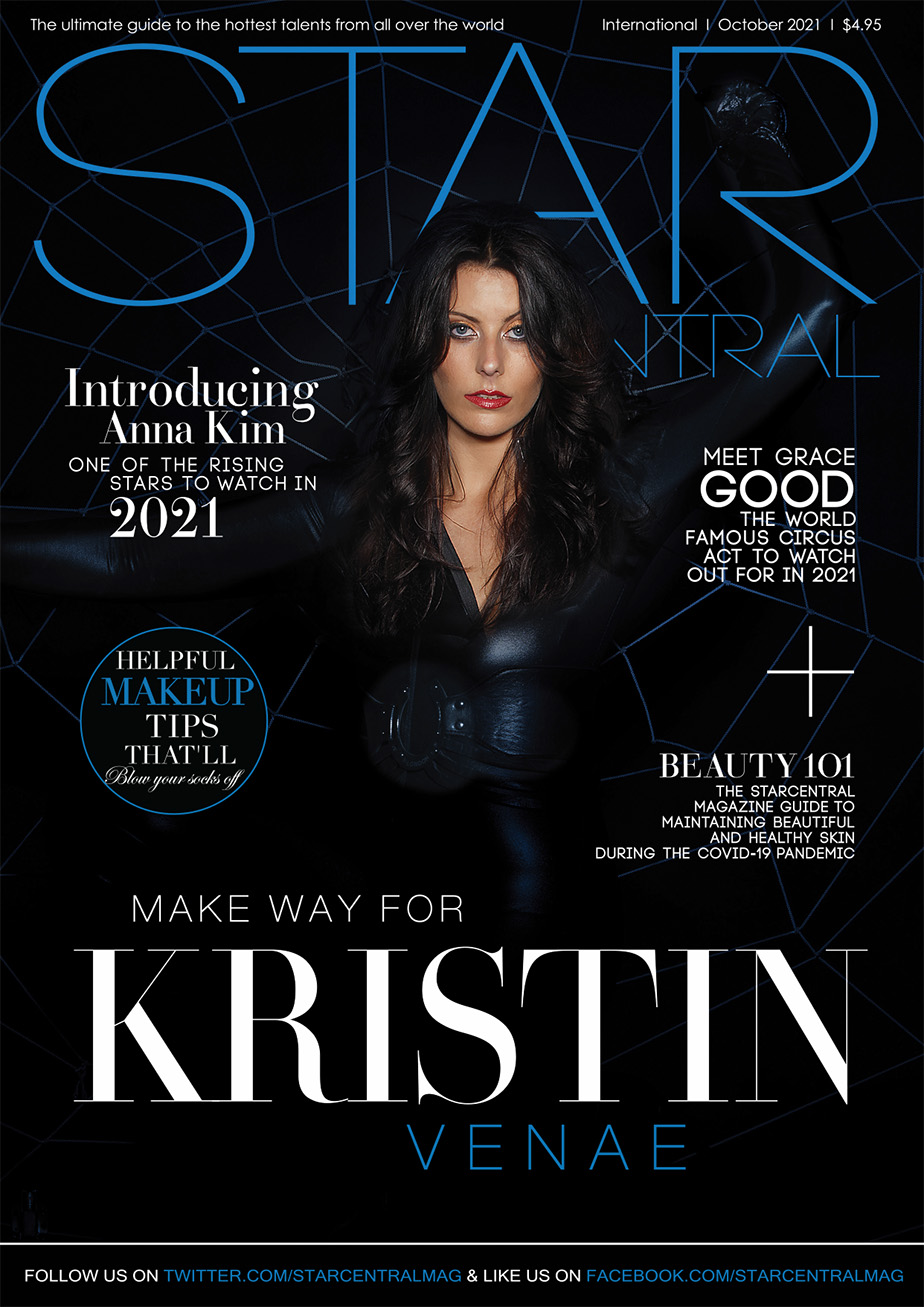 Kristin Venae is a triple threat performer with soulful and rhythmic vocal tonality. Starting her live performance tours and artist development as a member of various bands such as the Latin group ‘Ritmo De Tropical’, ‘Loose minds’, and The Magnificent Companeros’. Her highly anticipated debut album ‘Black Widow’ is a nostalgic and refreshing blend of Pop/RNB/Rock & soul. She was influenced as a child by artists such as Prince, Michael Jackson, Mariah Carey, Whitney Houston, and Ricky Martin – influences that give a unique blend of genres from start to finish.

Her debut single ‘Still Here’ has been described as an ‘ode to love.’ Its first review described Venae as having ‘the same gripping and soulful vocal eminence as Shania Twain, Celine Dion, and Mariah Carey. Venae is not only an exciting new musical artist to watch out for but also a model and actor appearing in the upcoming Kyle Lovett feature film ‘Lickerish’. Keep an eye out for her next single release for ‘I am Woman’. ‘Still Here’ and ‘Lullaby’ which are available now on all streaming platforms.

StarCentral Magazine recently caught up with Kristin to discuss her journey in the music industry and here’s what went down:

Could you please tell our readers a brief background about yourself and how you started in the entertainment industry?

We always had music playing growing up and my sister and I would put on performances for the family since my mama was a singer we would always sing before bed. When I was 15 I started writing songs and I became a member of ‘Ritmo de tropical,’ a Latin group that performed around the Latin scene. I was hooked, I spent the next few years doing anything that put me around other musicians, I took a job at the entertainment quarter across from channel V and got to see and interact with many amazing artists. I organised the Ryder for Rihanna and Neyo during their record company parties, watched on the stage corners the sound checks and the backstage workings, networked a lot, and was lucky to have attended record company plaque presentations where I got to hang out with bands like INXS. I would chat about music, get tips and tricks, and worked with other musicians. I then met Tim Newsom from ‘trout fishing in Quebec’ and ‘the Magnificent compañeros’ and we just gelled musically and wrote music together. 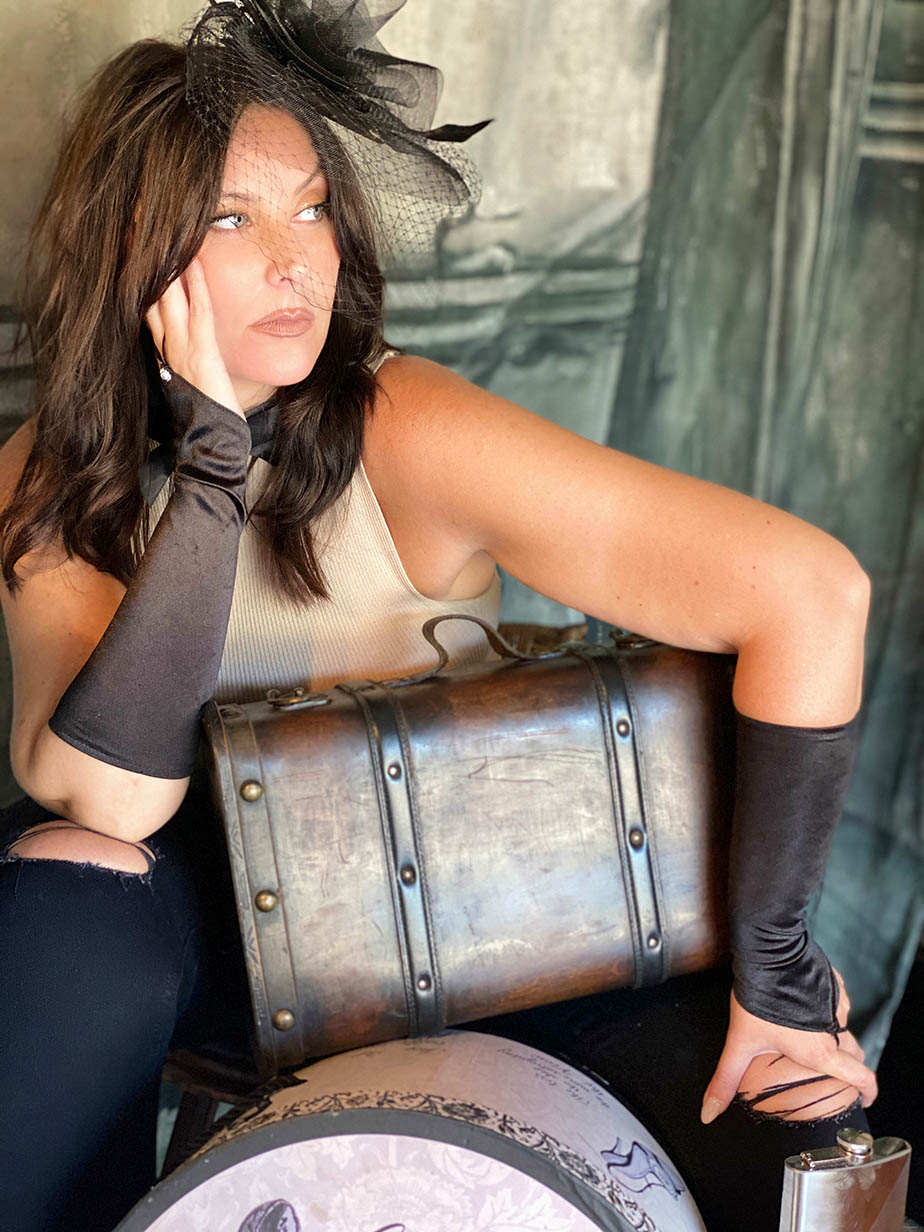 Singing and performing is thrilling, it really is a rush, once the nerves disappear and you give in to the soul part of it you feel like you’re soaring.

Can you tell us about your upcoming album?

‘Black Widow’ is a fusion of light lovey pop and a darker fantasy rock/pop blend. I really feel it embodies all my musical influences and creativity and I hope it makes people feel at times uplifted and also comforted by shared experiences.

I hope it’s anyone of any age, I hope that I’ve made a record that is relatable in some way to everyone and that it embodies some connection regardless of your genre preference. 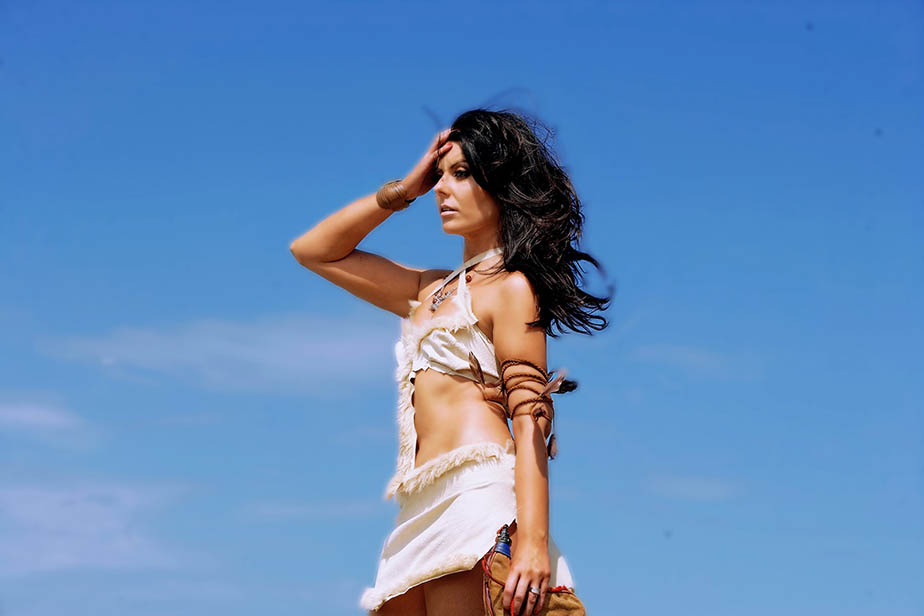 It’s anything really, it can be a melody hook or even a word someone says. A real-life experience or just simply a fantasy, similar to a mini-movie idea.

No, it’s very organic either the song lyrics or at least base are written within minutes or I scrap the idea till later when it inspires me.

To just be you, to be confident and strong, and to stand up for yourself but to also allow yourself to be vulnerable and open to love. 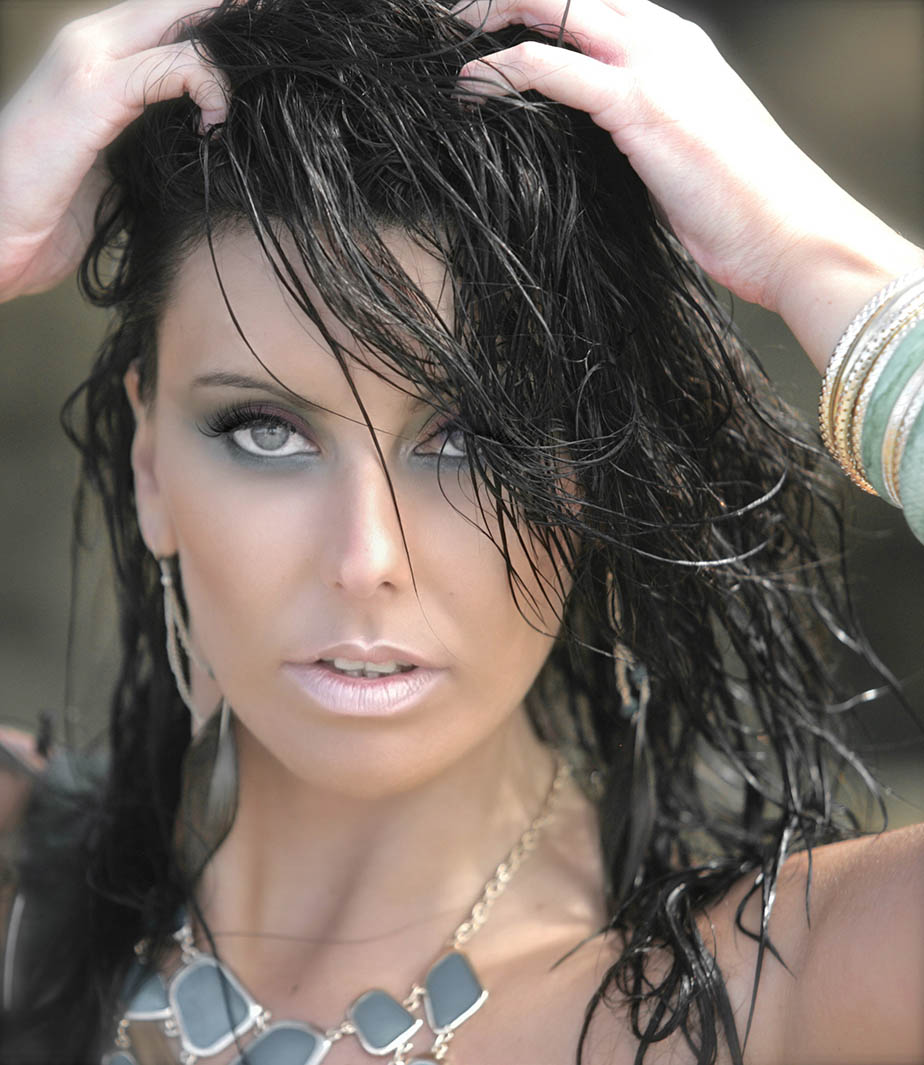 I love hearing my songs on the radio and briefly interacting with Prince is at the top of the list.

Yeah and I think that’s location and budget. It’s hard as an indie artist you don’t have access to extensive session musicians and different producers or endless recording studio hours, famed orchestral performers, or choirs to create the perfect version of a song that exists in your mind. You just do the best you can to stay true to your vision.

We also note that you’re a model/actress – What do you like most about being a model and an actress?

With modelling I love the glamour part of it, the dress-up aspect, the clothes, brands location the creative part is fun. With acting, it’s exciting to play a character or another person and you’re reacting to situations as something other than yourself and that’s an exciting thing. Plus, you get to meet other amazing focused, and creative people. I love getting lost in TV and movies so to be even a small part of that is just everything. 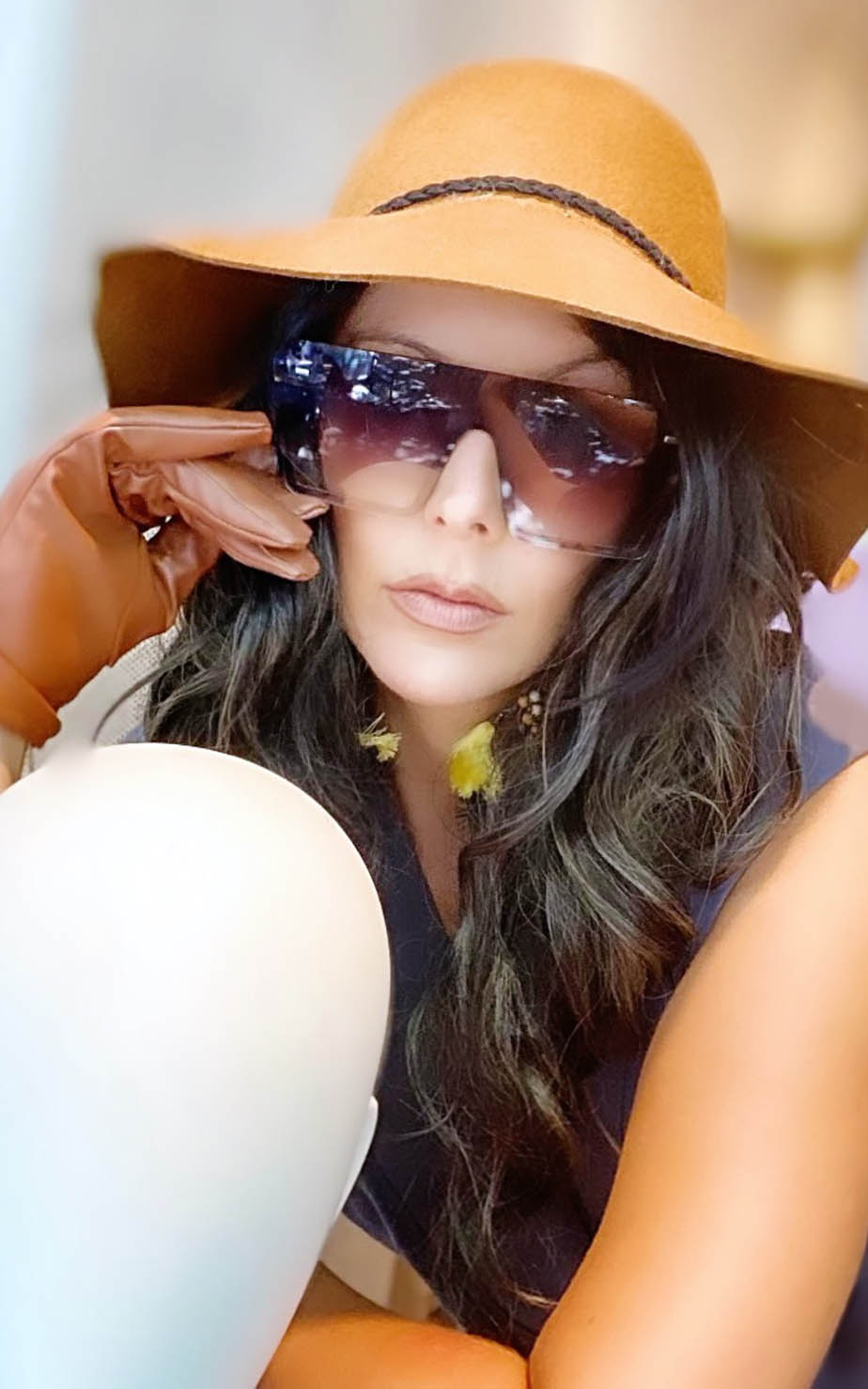 It 100% chose me, based on my DNA, my star sign traits, my personality the people I’m drawn to, and the talent God has gifted me.

That’s a hard one. I was in hospitality and I loved it but I sustained a very bad injury so I try to look at it as fates redirection.

I just shot for Kyle Lovett’s feature film ‘Lickerish’ so I’m looking forward to the premiere, it’s got an amazing script, Kyle is the lead and the director and I’m really looking forward to spending time with the amazing cast; Clare Griggs, Troy Honeysett, Corey “sauce” Brown, Darren George, Pat Carter to name a few and the amazing crew it was such a pleasurable experience and releasing more music of course and more photoshoots with Beautycosmo photography. Outside of the entertainment industry, I’m just looking forward to hopefully some type of normalcy where I can hug my friends and see their beautiful faces.